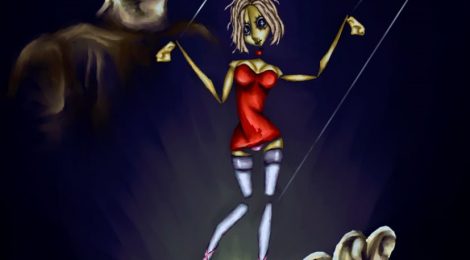 There is very little research available on the impact on performers within this poorly regulated industry. In the U.S., the government turns a blind eye to many of the issues surrounding the production of pornography, unless it involves performers under the age of 18. And despite laws prohibiting the employment of performers under the legal age, there are still issues involving consent among newly legal women in the 18-21 age range.

During an AOL BUILD discussion led by Jones, Gail Dines, a professor of sociology and women’s studies at Wheelock College in Boston, emphasized the lack of understanding that some young women seem to have:

“I meet woman after woman who went into this industry, thinking they were going through consent. They’re young. They don’t know what they’re up against.” “When you walk in, your agent might’ve told you what you’ll be doing or they were general about it because they don’t want you to have an opinion whether you like it or not.”

In the AOL BUILD discussion, Bernard explained how it was common for her to enter onto a set without previously being told the details of her performance and, eventually, she would be pressured to perform acts she was not comfortable with. In one instance, she was told to say a highly demeaning line. When she refused, the director responded by saying, “Well, it’s part of the script, so you have to.”

A lack of agency in young people entering into any field of work is problematic. But working in pornography can open performers to elevated health risks and uncomfortable situations. During the AOL BUILD discussion, Bernard described how sex work was not comparable to most other lines of work because it required a higher degree of vulnerability:

“Every job does have points where it’s maybe uncomfortable but, when you go to a regular job, you’re not showing every single part of your body. The fact that I am out there and I am completely open. Every part of my body, soul, and mind is having to be in that position. It’s a little bit more than uncomfortable.”

Not only can pornography be uncomfortable, but due to the lack of regulation in the industry, the work can also have a negative impact on performers’ health. Condom use is reported to be very low in heterosexual adult films, with only 17% of performers using condoms. And performers in the study reported feeling pressured to work without condoms to remain employed.

The average age of performers entering the industry could explain a hesitance to speak up about rights on set. So what do performers say about the development of regulations for this industry?

“This law denies bodily autonomy to an already marginalized population, and it denies us our voice.”

In a statement made after the February decision, Erich Paul Leue, the executive director of the Free Speech Coalition, a trade association for the adult entertainment industry, discussed industry members’ interest in being involved in deciding industry regulations.