Content on The Trauma and Mental Health Report is not a substitute for medical advice. If readers have any medical concerns they should seek the advice of medical professionals.
Browse: Home   /   2020   /   June   /   Twelve-Thousand Angry Men: Online Men’s Rights Movements 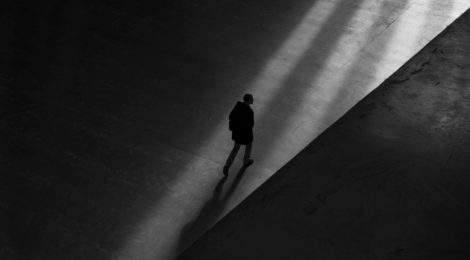 On April 2, 2018, Alek Minassian, a 25-year-old student living in Toronto, Canada, took a rented van and drove it onto the sidewalk of a busy urban street killing 10 innocent people and injuring 16 others. His motivation was revenge against all women as well as the men who have romantic relationships with them. In a police interview, Minassian clearly revealed the reasons for his crime, stating: “it was unfair that certain guys will not get any love and affection from girls.”

Before the van attack, Minassian claims to have been in direct communication with two other mass killers: Elliot Rodger, who killed 6 people in California in 2014, and Chris Harper-Mercer, who killed 9 others in Oregon the following year. Separated by thousands of kilometers, these angry young men communicated through online forums to share messages of hatred toward women and a society from which they felt alienated.

But these violent outbursts are not isolated to a few, they’re related to a deeper issue, a patchwork group of anti-feminist online communities collectively known as the Manosphere. It includes many different, but related, perspectives on men’s issues in the modern world. “Incels” (Involuntary Celibates) believe they are too unattractive to ever find a partner. Believers in “The Red Pill” feel that modern feminism created an unfair situation for men, and they must fight back by treating women like objects, using them only for sex. “MGTOW” (Men Going Their Own Way) represent men who feel relationships with women have become so unfair they are boycotting women altogether, collectively refusing to date women as an anti-feminist protest. On the website Reddit, all these groups have been steadily growing over the past five years. “MGTOW” has grown from under 1000 to over 130,000. “The Red Pill” saw similar growth from 30,000 members to almost 300,000, before being “quarantined” in September 2019 due to user complaints over hate speech. These increases are worrying; what is causing so many to subscribe to these views?

The Trauma and Mental Health Report contacted Menalaos Apostolou, an evolutionary psychologist and associate professor at the University of Nicosia in Cyprus. Apostolou has analyzed answers men have given on Reddit as to why they are single and explains:

“Many men indicate that they are single because they face difficulties attracting a partner. For example, they may have poor flirting skills, be very shy, fail to detect or demonstrate interest to available partners, and so on. I believe that the reason behind such reduced capacity is the mismatch between ancestral and modern conditions: Until recently, most marriages were arranged, with parents choosing spouses for their children. Thus, evolutionary forces did not select for enabling people to attract and retain mates on their own.”

“The traditional signifiers of heterosexual masculinity – property ownership, career status, and a wife – are no longer available to most men. Modern capitalism has eroded workers’ rights and made the labour market extremely unstable. It has also allowed for gross inflation of property prices. However, instead of acknowledging these complex structural issues, it is easier to blame women, feminism, immigrants, people of color, etc. These men feel that they have been denied something to which they are entitled, including sex with women.”

Ging explains that these complex problems are difficult to deal with and may leave men feeling they lack control over their lives. And so, these issues are more easily focused into a single, specific enemy: women. She describes how online groups can encourage this ideology:

“The politics of the internet create echo chambers in which the ideas of the manosphere become a kind of mantra, and offers some sort of explanation for things”.

“A shared victim ideology might be one factor in why men join these groups. Shame, feelings of inadequacy, entitlement, and anger have all been cited as possible motivations in related research.” What can be done to help these men? Directly engaging with them on internet forums does not seem to work. According to Ging, the only real solution is fostering human connection:

“The accounts I have read of ex-incels being de-radicalised suggest that human contact is the way out – finding a girlfriend, realising that real women are not the malevolent, gold-digging creatures portrayed in Manosphere posts.”

Loneliness, frustration, and social isolation all seem to take their toll.  A clear way out may be elusive for now.