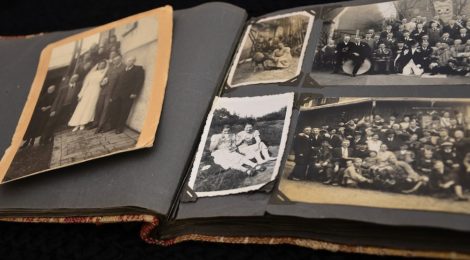 “When an inner situation is not made conscious, it appears outside as fate.” ~ Carl Jung

People can live a lifetime with trauma until a crisis forces them to face what has remained unresolved. Within trauma are stories to be explored, and sometimes the resolution requires a peek behind the curtain, beyond our own life stories into the generations that came before.

Azita Sayan is a marriage and family therapist and explores ancestral history in her therapy sessions and Legacy of Love group workshops. She spoke with The Trauma and Mental Health Report (TMHR):

“My role is to make people aware that our family history is here to impact us positively. Unfortunately, I see many people who are initially victimized by their family history. But when they get their power back and deal with the trauma, it is amazing to watch their breakthroughs.”

She explains that when people realize they are a part of the whole, it takes away the burden of being the only one to blame, isolated in dealing with difficult issues. Sayan explains:

“Somebody does something against the family’s values or outside of family’s regular norm or causes a disruption in the family relationships or someone dies or gets sick. It becomes either something that the family unites over to resolve, or the family tries to deny, hide, numb, ignore, or disconnect over.” “My mom’s father suddenly cheated on her mother and left them. My grandmother went into a shock and was hospitalized in a psychiatric ward. My mom became responsible for the family at 16; she had to disconnect herself emotionally to survive.”

“Seeing those patterns was like looking at the world map instead of just looking at my own section. I became more conscious of my fears and more responsible for my choices.”

Sayan emphasizes the role of personal choice and responsibility in ending the cycle of inter-generational trauma:

“The dysfunction within the family remains unresolved by their inability to communicate and express themselves, unwillingness to take responsibility, and blame-shifting by either victimizing or becoming controlling. The children either identify with the parent or get isolated and withdrawn. Each child may take a different role. Then they take what happened in their parent’s lives into their own.”

Sometimes the person is unaware that they are reliving aspects of their family trauma. The suffering may belong to a distant, deceased, or excluded family member: someone who never got the chance to tell their story. Sayan remembers a particular case among many which stood out:

“I had a client whose family members all struggled with addiction, generation after generation. There were many incidences of early deaths in the family, and also suicides. All had amazing artistic talents, but every painting and song they created was dark with unexpressed deep grief.” “By writing down the family history, you find where the pain and trauma is. You go through accessing those emotions: writing letters, but not sending them, to certain family members about your feelings toward what has happened or the memories you have with them. Then through exercises like these, you deal with the unfinished business and find closure.”