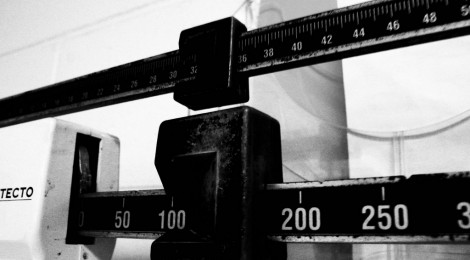 A Disease We Share: Multifamily Group Therapy for Eating Disorders

srependa / November 23, 2012 / Comments Off on A Disease We Share: Multifamily Group Therapy for Eating Disorders / Therapy

The loss of control, hopelessness, and overwhelming stress and anxiety felt by individuals with eating disorders are symptoms often experienced by the family as well.  Janet Treasure, a psychiatrist specializing in eating disorders at the Maudsley Hospital in London, England, explains that changing the dangerous behaviors associated with the problem is not easy.  Family therapy in this context does not mean treating pathological families, but instead working with families, according to George Szmukler, Professor of Psychiatry and Society at the University of London.

Multiple Family Group Therapy (MGT) involves working with a collection of families in a group setting.  This represents a way in which people can come together through their experiences, begin to normalize their feelings, and help each other deal with their difficulties.

The Trauma and Attachment Report had the opportunity to speak with Natalie (N) and her parents Peter and Debbie (P&D) who were treated with MGT.  Seven years ago, Natalie was diagnosed with Bulimia Nervosa, an eating disorder characterized by recurrent episodes of binge eating, and purging to prevent weight gain.  Natalie and her parents recount their experiences with this form of intervention and how they learned to heal along with a group of strangers.

MGT is characterized by families facing similar issues or problems, but they are not selected based on race, socioeconomic status, family constellation, or how the eating disorder came about.  In the initial stages of treatment, this diversity can make it difficult for families to feel a sense of belonging, or to feel a level of comfort sharing their stories.  Participants can also be uncomfortable openly disagreeing with the family member with the eating disorder, fearful that they may upset them.

P&D:  At first we felt awkward sharing our feelings with other families… strangers, in the room. And one of the hardest parts was learning to share our emotions.  It was difficult to share our sad story when their stories were so much more severe, like hearing about kids whose hearts had stopped due to chemical changes in their bodies.

N:  I was constantly afraid that comparisons were being made, and it was uncomfortable wondering what others thought of me, even though it was a supportive setting, I was embarrassed about some of the things my eating disorder had made me do, like hiding food for days.  And I thought I wouldn’t be able to relate to all the girls and their issues would just distract me.

Associate professor Mary Tantillo at the University of Rochester School of Medicine and Dentistry, explains how the inability to label and express differences can actually maintain an eating disorder and delay recovery.  She states, “As long as a patient remains disconnected from her true needs and feelings and is unable to state these to others, she will remain connected to the eating disorder.”

P&D:  We appreciated the atmosphere of sharing the pain.  It made us realize that this was not only happening to us.  And the fact that there was a group made us feel like we are part of a community of parents dealing with the challenges of raising young women in today’s society… we realized we weren’t alone.

N:  At first, I couldn’t find courage to talk about my eating disorder and listening to the other stories was uncomfortable because I was sad for the girls. It took a while for me to understand why my family had seemed so confrontational in therapy and I eventually found my courage in wanting to stop hurting my family and myself using the support of the other girls.

In MGT, people can identify with individuals in other families and learn from each others’ experiences.  Identification with members of other families who describe similar issues takes place through sharing and support.  The method reduces defensiveness among family members, since they become open to listening to someone outside their immediate family (usually a person adopting a similar or opposite role in that other family) describe something they may be less willing to hear from their own family members.

P&D:  We learned that today, eating disorders are more common than you think and that you need to follow your gut when you sense something is wrong.  We assumed that the behavior, like Natalie slipping away to a remote bathroom after a meal, was a teenage phase.  We learned to follow instincts when behavior changes occur.

N:  I learned to confide in the girls instead of compare myself to them, and I learned to view myself as an individual.

People can, and do, recover from eating disorders, but professional help is almost always necessary.

P&D:  There is no shame in asking for help.

N:  After almost seven years, one of the things that I’ve taken away from the group therapy was the relationships I made with some of the girls.  We still keep in contact to this day.