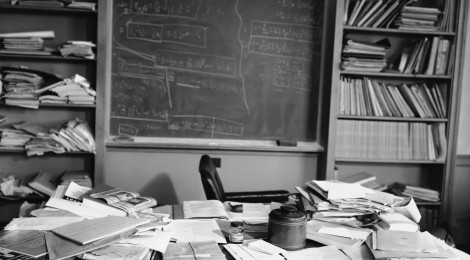 Breaking the Bad News: Telling Employees about a Co-Worker’s Death

srependa / November 9, 2012 / Comments Off on Breaking the Bad News: Telling Employees about a Co-Worker’s Death / Interviews

For many, the workplace can be a second home.  Co-workers become a familiar part of everyday routine; they can be people with whom close relationships develop.

What happens when the workplace is affected by the sudden death of a co-worker?  Managers are often the first ones to inform staff of the sudden death, and along with normal grief reactions, an unexpected death can be shocking and sometimes traumatizing.  How leaders deliver this information is key. The Trauma and Attachment Report had the opportunity to interview James L. (name changed for privacy), past president of a technology company that consisted of approximately 100 employees, to gain insight on how leaders in organizations can deliver information about a co-worker’s sudden death.  One of James’ employees, Connor (name changed), had died suddenly one weekend and James was responsible for breaking the news.

Q:  What thoughts and emotions did you feel upon receiving the news?

A:  I felt shocked, because I had first encountered the news of Connor’s death via Facebook.  I was browsing one Sunday evening when I saw several of his friends post:  “Rest in Peace” messages on his Facebook page.

Q:  How did you inform your employees of the sudden death?

A:  On Monday morning, the next day, I went to work early to mentally prepare.  First, I met with the team leader in Connor’s division and informed them.  Then I met with Connor’s team.  Finally, I held a meeting with the company at large and delivered the news.  I was straightforward when I told each group, and touched upon how Connor had contributed to the company.  I also told my staff that they could take the day off if they needed to.

Q:  How did you make your decision about how you’d tell them?

A:  I consulted my human resources specialist, who had extensive experience in dealing with a variety of workplace situations in her career. She coached me on how to deliver the news, also phoned and confirmed the death with his family, and assisted me in arranging for a grief counselor to visit the office on Monday and Tuesday.

Q:  Were there any employees who did not receive the news at the same time as the others?

A:  Yes, there were employees away on vacation or sick.  If I could reach them, I told them by phone.  If they were unreachable, I arranged to meet with them in person on their return.  This information is best delivered in person whenever possible, as opposed to e-mail or by written announcement.  I wanted to be the one to tell them, rather than having them ask a co-worker where Connor was, thereby creating a difficult situation.

Q:  How did employees react when you delivered the news?

A:  It was a whole range of emotions that I saw on their faces.  Many looked like they had physically been hit.  Some looked stunned and some cried.  The workplace was very quiet for a few days.  The staff were normally a lively, creative group of people, so this was a stark change.

Q:  Did you give time off for them to attend the funeral?

A:  Yes, I encouraged them to do what they felt was best for themselves.  We were a small company operating 24/7, and time off would affect productivity.  But I felt it was best for employees to decide whether they needed time off and whether to attend the funeral.  I think that’s important.

Q:  Did anyone use the grief counselor that you brought in?

A:  Five employees saw the grief counselor.  Interestingly, they were all female.  I think there is a stigma attached to males seeking professional help for bereavement.  I know that for myself, there is the additional stigma of being someone ‘higher up’ in the company seeking help for emotional matters.  In the future, I would encourage male employees to seek bereavement help as well, assuring them that seeking professional help is normal and may be beneficial.

Q:  How did you feel after you delivered the news?

A:  I felt sad about Connor’s death, and I also felt some guilt after telling my staff.  Being the messenger, it felt like I was personally hurting them with my words.  How a leader delivers this sensitive information is important.  For support, I turned to friends I had in the company and senior staff members.

I also strongly felt the company should  honour Connor’s life and contributions.  I consulted a few of his close friends within the organization and they decided that a photo of Connor and a piece of writing dedicated to him would be a good tribute.  After, whenever I gave tours of our workplace, I also included Connor’s memorial because of his contributions to the company.

Q:  What advice would you give other organizations and the public when dealing with an employee’s sudden death?

A:  I definitely believe that there should be more information and public discourse about how leaders should break the news.  Ì encourage heads of organizations to research programs that deal with distressing situations.  Training programs that specifically address sensitive issues such as these would be helpful in how to communicate this information.

If you have recently experienced a co-worker’s death, here are some helpful links:

Tips for managers on how to deal with an employee’s death.

How to cope with a co-worker’s death.