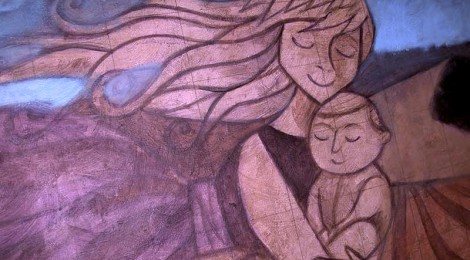 An image of a women breastfeeding her 3-year old son, in a standing position, was one of the most talked about covers of TIME magazine in 2012.  Depicting extended breastfeeding, one of the main tenets of “Attachment Parenting,” the photo and article sparked a national debate pitting mothers against one another in the war of “who’s the better parent?”

Pediatrician William Sears, the founder of attachment parenting (AP), admitted in his interview with TIME that growing up as a child of a single mother, he often lacked attention and affection.  His wife and AP co-founder, reports similar childhood experiences.

Sears states that “attachment parenting is what mothers and fathers would do instinctively if they were raising their baby on a desert island without the advice of sleep books, in-laws, and psychologists,” and is “not a set of rules.”

Three of the main components of this style of parenting are:  extended breastfeeding, self-weaning, and baby wearing and co-sleeping.  Each of these practices is said to be based on British Psychiatrist John Bowlby’s attachment theory, and (according to AP advocates) is said to be the best way to ensure healthy bonding and attachment with your child.

But Sears’ use of Bowlby’s term “attachment theory” is dramatically different from the way Bowlby intended, in his many works on child development.

It is true that Bowlby considered children who develop healthy attachments to their parents to have an easier time in life developing close relationships with others, managing disappointment and setbacks, and gaining higher self-esteem.  “Secure attachment” is achieved when parents consistently and quickly respond to their child’s needs.

But the kind of parenting most closely aligned with Bowlby’s views on attachment security has been referred to as the authoritative parenting style; it involves providing consistent affection, explanations for rules, clear expectations, and predictable consequences.

There have been numerous studies supporting the positive effects that authoritative parenting has on long-term development.  One of which, conducted by psychologist Laurence Steinberg, on faculty at Temple University found that teens who grew up with this type of parenting style had higher grades, were more independent or self-reliant and were less likely to engage in delinquent activity than their counterparts.

Nowhere in Bowlby’s extensive work are breastfeeding, self-weaning or co-sleeping, and baby wearing listed as necessary or even desirable practices, yet Sears claims his parenting recommendations create unparalleled levels of secure attachment and independence in children, and later adults.  Further, Sears claims that these methods make AP superior to other parenting methods in building secure attachment.

In response to the TIME magazine article, Sears stated that “AP kids are generally more empathic and compassionate, relate better to people, and are just nicer to be around.”

So why exactly is there backlash to Sears’ “Attachment Parenting?”

To date, there is no research comparing the long-term outcomes of children after being raised with the practices of AP (i.e. extended breastfeeding and co-sleeping) to those who were breastfed for less time or slept in a crib.

When asked about the lack of evidence, Sears defends his recommendations by stating that it’s “impossible to scientifically prove by a randomized study that AP works better than a more distant style of parenting.”

Is there reason to think that attachment parenting is harmful?  Probably not.  There is some evidence that co-sleeping increases the incidences of Sudden Infant Death Syndrome (SIDS), particularly when toddlers are also sleeping in the bed and the parents are under the influence of drugs or alcohol.  However, baby wearing and extended breastfeeding alone are not likely going to traumatize a child or negatively affect their attachment to the parents. Besides lack of evidence supporting its claims, one of the major criticisms of AP is that it leads to dependent and spoiled children.  While this may be true when AP practices are coupled with permissive or indulgent parenting practices (where children are rarely disciplined), there is no evidence to support that AP alone has this effect.

More likely, much of the backlash against AP is because of the negative effects the recommendations have on parents.  Having a child sleep in your bed or having to breast feed on demand (especially once that child is well on the way to toddlerhood) may leave parents sleep-deprived and filled with stress.  For those who are simply unable to participate in practices such as baby wearing and breastfeeding due to long work hours and demanding family responsibility, some critics note that this adds guilt and sadness to already frustrated parents.

The factors that lead to poor attachment in children and carry side effects into adulthood have been well documented and researched.  Specifically verbal, physical or sexual abuse, dependence on punishment to manage behaviors, a lack of affection and emotional absence (often stemming from depression or substance abuse) all contribute to an emotionally turbulent adulthood.

Sears’ “attachment parenting” is not likely to unduly harm kids, but it’s not going to help them all that much either.

Parents who are present, meet their child’s needs, and provide their children with consistent expectations and affection are probably going to raise decent healthy children regardless of whether they wean them at three months or three years.