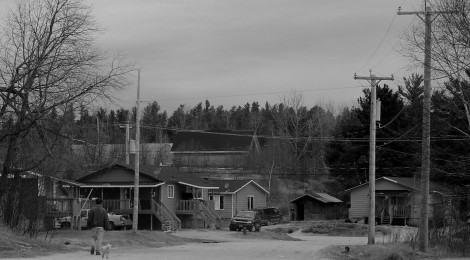 On April 17th 2013, Chief Peter Moonias declared a state of emergency in the community of Neskantaga.  Two suicides within days of each other are only the most recent in a string of sudden deaths that have ravaged the group.

In the four months prior, seven people died, four of them from suicide, and twenty more made suicide attempts.  In a community as small and remote as Neskantaga (the reserve is home to 300 people and is only accessible by plane), the residents are tight-knit.  And the losses of their family members, friends and neighbours have left many struggling to cope.

Suicide is disturbingly common among some Inuit and First Nations groups, with the rate in some communities eleven times higher than the Canadian average.  Overall, First Nations peoples have a suicide rate twice the norm in Canada, a statistic that has been stable for at least three decades. The immediate survivors of these incidents would undoubtedly be traumatized, but many of the people who have committed suicide in recent years were not personally exposed.  How can trauma inflicted centuries ago have an impact on current suicide rates?

The answer lies in the concept of historical or collective trauma, which Maria Yellow Horse Brave Heart, Associate Professor at the University of New Mexico, defines as “cumulative emotional and psychological wounding over the lifespan, and across generations, emanating from massive group trauma experiences.”

Also known as generational grief, the trauma results from suffering profound losses in areas such as culture and identity, without resolution.  Unresolved, deep seated emotions like sadness, anger and grief are passed on from generation to generation through parental practices, relations with others and culture-wide belief systems.

In everyday life, the trauma manifests itself through social problems like drug use, familial abuse and violence.  These events can cause traumas of their own and result in depression and PTSD, both of which increase suicide attempts.

Young people are especially at risk.  In the cohort of 15-24, the rate of completed suicides is five to seven times the national (Canadian) average, and suicide attempts are even more frequent.

Chris Moonias (no relation to Chief Peter Moonias), an emergency response worker in Neskantaga, told the CBC that since the end of 2012, “We average about ten suicide attempts per month, and at one time we surpassed thirty attempts in one month.”

In addition to unresolved grief, Cynthia Howard of Laurentian University identifies several factors that contribute to suicides in Aboriginal communities.  These include:  attendance at residential schools and abuse experiences there, forced assimilation, displacement, and adoptions.  These experiences have left legitimate feelings of distrust towards dominant American and Canadian cultures and feelings of loss of culture.

Some people also feel strung between two cultures (dominant culture and their own band’s culture) while essentially belonging to neither.  Feeling alienated and lacking a sense of belonging can leave many people depressed and feeling that their lives lack a sense of purpose. Other issues such as low socioeconomic status and extreme poverty, along with low levels of education and lack of opportunity have lead to feelings of hopelessness and helplessness.

“Learned helplessness” occurs when a group or individual, usually after a series of disastrous events, believes they have no control over the outcome of any situation, and that perceived failures in the present will likely continue into the future.  Without hope, people sometimes feel that living is worse than not living.  This feeling is only exacerbated by a shared history of trauma and its consequences, and can culminate in suicide.

Unfortunately, many people suffering do not receive adequate help.  Their families and friends are also left without professional support, continuing the cycle of unresolved grief.

Perhaps it is fitting that Chief Moonias of Neskantaga called a state of emergency.  His community has reached a tipping point and must be healed in order to move forward.

As of now, the federal Canadian government has offered some monetary and human aid, but unless we go beyond band-aid solutions, frequent suicides and their consequences will continue to haunt Neskantaga.