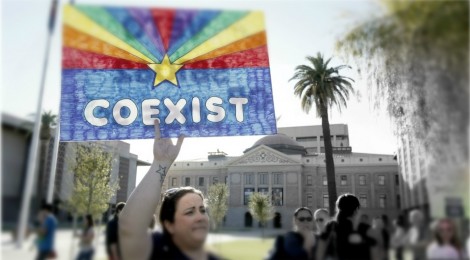 For Jason Collins and Michael Sam, Life as a Gay Athlete

On February 23, 2014, NBA center Jason Collins was signed to a 10-day contract with the Brooklyn Nets.  He became the first publicly gay athlete to gain a spot on a major North American professional sports league.

The world of pro sports is notorious for its conservative views on homosexuality.  Clinical psychologist Danny Osborne at The University of Auckland says that teenage males who play competitive sports are three times more likely to express homophobic slurs.  Even when I played hockey as a young kid, hearing comments like “you’re so gay” or “stop being a fag” was normal on and off the ice. In his May 2013 Sports Illustrated article, Collins wrote how he has dated many women and has even been engaged.  But “acting straight” to salvage one’s reputation and professional career is nothing we haven’t heard of before.  Comedian and talk show host Ellen DeGeneres, singer Frank Ocean, and Apple CEO, Tim Cook are a few celebrities with similar stories.

But Collins suppressed his sexuality until age 33 before coming out to his family and friends, and then one year later to the whole sports world.  Finding it too taxing to keep up with the charade, Collins came out to a remarkably supportive atmosphere.  In his Sports Illustrated article, he mentions his Aunt Teri, the first relative he came out to.  “In her presence I ignored my censor button for the first time. She gave me support.  The relief I felt was a sweet release.”

When influential people come out, they empower young gay athletes to do the same.  One such young athlete is Michael Sam, an ‘all-American defensive end’ who plays college football for the University of Missouri.  Sam, 24, is expected to be drafted into the National Football League (NFL) this April and will become the first openly gay NFL player.

But, Sam is already experiencing backlash from NFL teams for his decision to come out months before draft day.  Despite being one of the best defensive players in college football, he’s only expected to be selected between the sixth and seventh round of the draft – quite late for a player of his calibre.

Unlike Collins, Sam’s coming-out story embodies some of the personal struggles other gay people may have to face.  In an interview with the New York Times, Sam’s father called himself “old school” and “a man-and-a-woman type of guy.”  As a devout Baptist he was shocked by the news, and although he said he still loves his son, he was uncomfortable with the idea of a gay NFL player, even if it was his own son.

Still, Collins and Sam have expressed satisfaction and relief for finally coming out.  Collins stated, “I’m much happier since coming out to my friends and family.  Being genuine and honest makes me happy.”

Facing a culture that is only now working its way towards acceptance of homosexuality, perhaps Collins’ ability to find the silver lining should be lauded.

In February this year, the Arizona State legislature passed a controversial bill allowing business owners to deny service to gay and lesbian customers, as long as they assert their religious beliefs.  Fortunately, the Governor of Arizona vetoed the bill that would have sent the United States years back on homosexual civil liberties. With news of the anti-gay bill hitting American media by storm, even the NFL has said they will consider the possibility of relocating next season’s Super Bowl, which is planned to be held in Arizona.

There are many organizations helping to create an environment suitable for sexual equality in sports.  People like Collins and Sam are just the wheels behind the movement.

Civil rights activist, Audre Lorde once said, “It is not our differences that divide us.  It is our inability to recognize, accept, and celebrate those differences.”

← Painting with multiple personalities
Virigina Woolf, By the Indigo Girls →