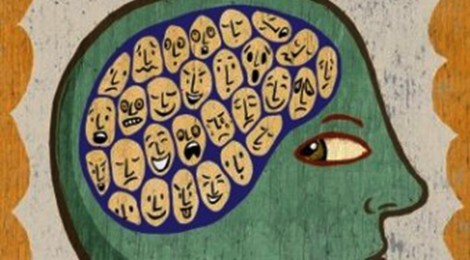 A Contrast to Medical Psychiatry: The ‘Hearing Voices’ Movement

The 1961 classic, The Myth of Mental Illness by Thomas Szasz, revolutionized the way we think about atypical mental phenomena.

And over the years, the diagnosis of schizophrenia has been criticized fervently, with some characterizing it as an umbrella term for separate psychological phenomena that vary in combination and severity from person to person.

Critics of the term have described the way experiences such as hearing voices are conceptualized and defined.  The International Hearing Voices Network (Intervoice) views hearing voices as a normal variation in human experience—albeit one of an unusual nature.

In the interest of communicating different (and sometimes controversial) ideas in mental health, The Trauma & Mental Health Report recently spoke with a mental health nurse (who requested anonymity), whose current research examines voice-hearers’ narratives about their emotional experiences.  While not a member of Intervoice, the interviewee’s research represents an alternate approach to traditional psychiatry.

Q:  Can you explain the structure and method of the narrative approach you are working on?

Q:  How best do you think these experiences should be conceptualized if not as psychopathological?

A:  It would be best to ask those with the experience.  At the moment it seems as though they are greatly helped when they don’t dismiss their experiences as ‘illness’, but engage with them as meaningful.  Having seen the prolonged effects of both approaches over a number of years, I can say that it’s the voice-hearers and those with unshared beliefs [what we usually refer to as delusions] who clearly have the most to teach us. Q:  Supporters of drug interventions often explain the use of pharmaceuticals for treatment as diminishing the occurrences of delusions or hallucination.  Can you comment on this way of thinking?

A:  It’s a normalizing practice; it seeks to return outliers to a normal.  I’m hardly the first to point out that what is considered normal is subject to extreme change.  This is how we get situations where persons and behaviours are rated as mad in one generation and acceptable in the next— like having a baby outside of marriage, or homosexuality.  This leads some in the Hearing Voices Movement to hope that what happened to the identity of being homosexual can happen to the identity of being a voice-hearer.

Q:  Does this point out a flaw in our cultural and scientific understanding of the meaning of ‘delusion’ and ‘hallucination’?

A:  The word ‘delusion’ is a judgment, and in the Hearing Voices Movement they tend to prefer the term ‘unshared belief’.  Many would agree that the problem with a ‘delusion’ is not so much in thinking, but in the interaction with humanity.  ‘Hallucination’ also implies a shared version of ‘real’ experiences which would be difficult to justify, a concept of normal which is utopian.

Many within the Hearing Voices Movement reject both terms.

Q:  Should therapeutic efforts end with the attempt to remove the occurrences of hallucinations or delusions?

Even if we were to know the complete neurological makeup of a voice-hearer’s brain, we would still lack true insight into the actual experience of hearing voices.  Understanding and accepting the lived experiences of these individuals is an indispensable tool for promoting coping and recovery.

It allows us to see the distressed individual not as some ‘gene-machine’ gone wrong, but a human who bears a certain relationship to himself and the world.