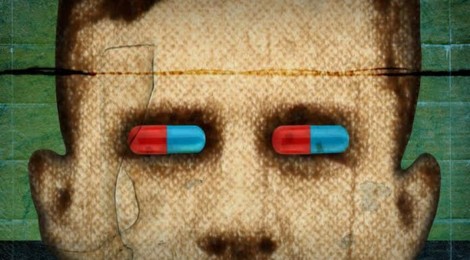 The Changing Face of the Heroin Addict

Hollywood and much of the Western world was shocked by the sudden passing of actor Philip Seymour Hoffman in February of 2014.  Reports rapidly circulated that Hoffman, 46, was found dead from an overdose, with a needle in his arm and multiple bags of heroin nearby.  Described by the New York Times as “one of the most ambitious and widely admired stars of his generation,” Hoffman did not fit the stereotypical profile of a heroin user.

His death has brought an alarming pattern to light.  New heroin users are not necessarily troubled or poverty stricken persons from inner city environments.  Many are younger, “middle class,” and from rural or suburban areas. Governor of Vermont, Peter Shumlin, gave an unprecedented “State of the State” address that focused exclusively on the massive surge of heroin abuse in his state.  Calling it a “full-blown heroin crisis,” Shumlin explained that heroin use in Vermont has increased over 770% in the past decade, with 4300 new addicts in 2012 alone.

Vermont is a small state known for its idyllic cottage country and rural areas.  Unlike neighbouring states New York and Massachusetts, it lacks the large urban sprawl usually associated with drug addiction.  Its unemployment rate is the seventh lowest in the country, and nearly everyone has some form of health insurance.

Fifteen years ago, Vermont saw a massive jump in the amount of OxyContin addictions across the state.  OxyContin is a powerful and highly addictive narcotic painkiller.  Its opiate effects quickly build a tolerance and produce a powerful, euphoria-inducing high.

Many of those who became addicted were middle and working class individuals who sought pain relief for a variety of injuries –some legitimate, others not.  Many now claim that doctors were over-prescribing and setting patients up for destructive drug addictions.

In 2010, North American pharmaceutical companies, in reaction to a strong push from anti-drug groups and legislators, replaced OxyContin with a new version that was supposed to deter drug abuse.  The newer drug, OxyNeo, is much harder to break up and becomes a gel-like substance in water, making it difficult for users to crush and snort or “cook” and inject.

Around the same time, new legislation was drafted to make access to OxyContin more difficult to obtain.  In Canada, the Narcotics Safety Act requires patients to show photo ID to both their prescribing doctors and pharmacists before they can have prescriptions written and filled.  This new legislation combined with OxyContin’s reformulation has made it increasingly difficult to get enough of the drug to feed an addiction.

Heroin is similar to OxyContin in that it’s part of the “opioid” family of drugs.  Both narcotics produce euphoria-like highs and many users seek its effects to temporarily numb both physical and emotional pain.  But the effects of heroin are much stronger and more destructive.

The initial “rush” felt by new heroin users is a more powerful high than that produced by OxyContin.  The user is often propelled to consume increasingly larger quantities of the drug in an attempt to replicate that high, placing them at risk of overdose.  It’s this pursuit that makes heroin so dangerous.  And when the drug is not available, the accompanying withdrawal symptoms are intense and can drastically alter mood and behaviour.

Street value and availability of heroin has also changed considerably.  Ten years ago, heroin was a very different product.  It was more expensive ($50-$150 a bag), less pure and difficult to find.  Now we are seeing a steady supply being sold, at a fraction of the cost, that is 3-4 times more pure –the current street price for a bag is $10-$30.

Not only has the drastic drop in street value made it more accessible, but its purity has made it more attractive.  Ten years ago, a bag of 2-3% heroin had to be cooked and injected to attain a powerful high.  New supplies with 7-10% purity can be smoked or snorted – similar to cocaine. This opens up a much wider group of users who shy away from using a needle.

While well intentioned, the steps taken by Canadian and American drug companies and legislators likely played a part in creating a potential heroin crisis affecting populations in ways and numbers like never before.

The new user is often young, educated, and for many readers of this article, more like you than you think.

← Aerial Drawings By Stephen Wiltshire
Why Trust Is Worth It →