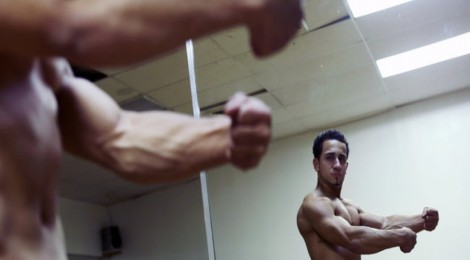 Abusing Your Body Through Exercise

Last year, a good friend of mine became obsessed with the gym. Preoccupied by the “small” size of his muscles, he would spend hours staring at himself in the mirror. Others commented on how great his body looked, yet he didn’t believe them. Sticking to a rigid exercise and eating schedule, he stopped socializing with friends, became secretive, and dropped out of school.

A sense of hatred toward a particular body part, hiding it, or using extreme measures to change it is commonly seen in people with Muscle Dysmorphic Disorder (MDD).

MDD is most common in men, especially professional body builders or frequent gym-goers, and individuals who work or live in an environment where weight and appearance are considered important. My friend was a kinesiology student and was surrounded by an MDD-conducive environment. MDD is listed in the DSM-5 under the spectrum of obsessive-compulsive disorders (OCD) to reflect its similarities to both process and treatment of OCD. MDD is also a subcategory of body dysmorphic disorder (BDD), a pathological preoccupation with features that are perceived as defective or grotesque, which leads to persistent stress and obsession. In MDD, the emphasis is specifically on muscularity. My friend’s particular body part was his biceps; even though he had stretch marks from over-working them, he still complained they were too small.

MDD is also distinct from eating disorders. The concern is not with striving to be thin, but rather with their perceived underdeveloped muscle mass. At times I would see my friend eat three cans of tuna and four eggs in one sitting – he felt his body needed the protein to build mass.

Statistics on MDD are limited since it is categorized under BDD. The prevalence of BDD is approximately 2.4% of the general population which makes it more prevalent than schizophrenia or bipolar disorder.

Symptoms of MDD are deceptive. The trouble with diagnosing MDD is that patients often do not consider themselves ill or in need of help. The more my friend became involved in the gym, the more I would try and talk to him about my suspicion that he was suffering from MDD, but the conversations never ended well. To add to the complexity of the disorder, some individuals with MDD tend to wear baggy clothes to hide their bodies, while others wear tight clothes to show off their muscular stature.

But getting help is important, as potential long term effects include damaged muscles, joints, cartilage and ligaments due to inadequate rest from strenuous weightlifting. They are also more likely to have a poorer quality of life, show a higher frequency of anabolic steroid abuse, and even suicide attempts.

Criteria for diagnosis include repetitive behaviours caused by preoccupations with perceived body defect(s), excessive training, following a rigid diet, avoidance of social events to maintain diet and exercise schedules, and avoiding situations that include body exposure, which may lead to extreme anxiety. The individual’s body perception causes considerable impairment in daily functioning. The diagnosis requires two of these criteria to be met.

There are analytical tools to help diagnose MDD. Most common is the Muscle Appearance Satisfaction Scale developed in 2002 by Psychologist Stephen B. Mayville, which rates levels of muscle satisfaction, substance use, and injury. Or the Muscle Dysmorphia Inventory which is a six factor scale that determines body size, exercise dependence, supplement use, dietary behaviour, physique protection, and pharmacological use. And there are psychological treatments as well. The most common of which is Cognitive Behavioural Therapy (CBT), which teaches an individual to identify and modify distorted thoughts (e.g., I am not muscular enough), and to replace unhealthy behaviours (e.g., exercising four hours a day) with healthier ones. Treatment with selective serotonin reuptake inhibitors (SSRIs) has also been used with MDD, but the most effective treatment is a combination of CBT and medication.

Despite recent awareness and treatments, with rising interest in fitness clubs and health supplements, as well as pressure on males to be unrealistically muscular and lean, a further rise in MDD wouldn’t be surprising.