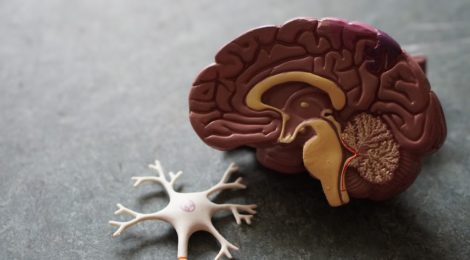 What Gut Bacteria Can Teach Us About Mental Illness

“Sometimes one does a study and expects a negative result. This was one of them.” Ted Dinan laughs before launching into the story of the study in question: fecal transplants in rats.

Dinan is a professor of psychiatry at University Cork College (UCC) and the principal investigator at the APC Microbiome Ireland research institute alongside fellow lead investigator John Cryan,. The fecal transplant study set out to determine what would happen if rats were given the microbiota of a depressed patient compared to that of a healthy subject.

Among the trillions of microbes in the human intestine are gut bacteria, or gut microbiota, which produce a large number of the molecules that the brain and other organs require to function. Linking gut microbiota to the brain are communication routes collectively referred to as the microbiome-gut-brain axis, a complex system involving a variety of hormones and nerve pathways. In an interview with The Trauma and Mental Health Report, Dinan explains that one important route of communication from gut to brain occurs through tryptophan, an essential building block of serotonin. Serotonin is key in regulating mood, eating, and sleep patterns. There is limited storage capacity for tryptophan in the brain, and a constant supply is required from the gut. It was once believed that tryptophan came strictly from diet alone, but what research has shown is that gut microbiota, particularly Bifidobacterium, produces tryptophan and increases its levels in the bloodstream. This was explored in the fecal microbial transplant study:

“We found that when we gave the rats the microbiota of the healthy subject, they were normal. But when they were given the microbiota of a depressed individual, their behaviour became very abnormal. The rats displayed no interest in doing the things that rats normally enjoy doing and their metabolism of tryptophan—that building block of serotonin—became abnormal and certain inflammatory markers were increased in their bloodstream. It was as though we were transferring the phenotype of depression to the rodent by transferring the microbiota.”

The study has since been replicated, adding to global evidence linking the microbiome-gut-brain axis to stress and mental health disorders. Low diversity in the gut microbiota is now considered a significant biomarker for major depressive disorder. Other mental health and neurodegenerative disorders with significant microbiome-gut-brain ties include: post-traumatic stress disorder, bipolar disorder, schizophrenia, Parkinson’s disease, and autism. The microbiome-gut-brain axis also plays a critical role in irritable bowel syndrome, and in understanding the link between mental health disorders and physical illness, such as depression or anxiety co-occurring with inflammatory bowel disease.

So what does this mean for mental health treatment? Enter ‘psychobiotics’. A term coined by Dinan and Cryan, psychobiotics includes all probiotics and prebiotics relevant to mental health with the potential for use in treatment. Psychobiotic treatments are being explored for a range of mental health issues from post-partum depression to neurological disorders, including Parkinson’s disease.

Research on the microbiome-gut-brain axis is relatively new, largely ignored until around 17 years ago. Dinan cautions: “Right now we have loads of preclinical data and not enough human data.” The human intervention studies necessary to definitively prove that interventions are beneficial to human populations will require multi-million dollar trials conducted by large companies. These studies are on the horizon, with companies in both the pharmaceutical and food industries now interested in the field. In the meantime, what can you do to benefit your own gut microbiota and mediate stress? The advice Dinan offers is less complicated than you may think. First, it matters what you eat:

Extensively studied, the Mediterranean diet and its positive impact on mood has been recognized for over 30 years. Most essential in the diet are polyphenols from a variety of vegetables and fatty acids from fish.

And of course, exercise:

Simple, but as demonstrated by our humble gut microbiota, we should not underestimate the big impact of the little things.

Listen to our full podcast interview with Dinan on the TMHR website.