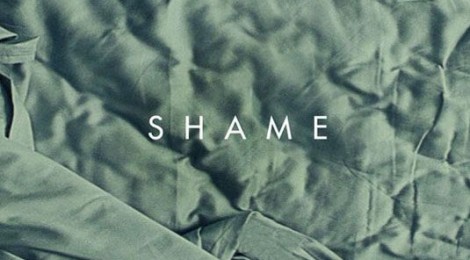 Sex Addiction: A Response to Trauma?

The headlines have finally calmed, but the memory of the Tiger Woods and Charlie Sheen scandals remain, scandals that put on the map, for better or worse, the diagnosis of sex addiction.  With scores of celebrities trying to legitimize infidelities as mental illness, how do we differentiate fact from fiction?

Drew Pinsky, M.D., host of Loveline, known for his successful television show, Celebrity Rehab with Dr. Drew, has attempted to educate and help people on his other show, Sex Rehab with Dr. Drew, about the realities of sex addiction.  Unfortunately, when the source of information is popular media, one is always left wondering if the issue is little more than sensationalization.

The Diagnostic and Statistical Manual of Mental Disorders (DSM) defines what the psychiatric community considers legitimate mental illness.  In its 1987 publication, the DSM-III-R considered sex addiction to be “distress about a pattern of repeated sexual conquests or other forms of nonparaphilic sexual addiction, involving a succession of people who exist only as things to be used.”  It was a brief and minor excerpt, retracted in subsequent editions.

A remnant of this past reference to sex addiction lingers in the latest manual, the DSM-IV-TR.  Although not considered a mental disorder, sex addiction lies under the diagnostic group Sexual Disorders Not Otherwise Specified.  For the upcoming manual, the DSM-V, expected out 2013, the authors have yet neither rejected nor accepted sex addiction for inclusion.  With controversy still surrounding this phenomenon, it may be awhile before we see the official seal of approval of the psychiatric community.

But according to many researchers in the field of sexual disorders, such as Patrick J. Carnes, Ph.D., sex addiction is a very real and serious problem.  That is, there may be inconsistencies surrounding definitions, terms, and the precision with which professionals diagnose and determine criteria for the pathology, however the condition exists.  Others such as sexologist Marty Klein, oppose the concept of sex addiction, arguing that the idea renders people powerless, encourages self-diagnosis, reduces the credibility of sexologists, and gives voice to anti-sex thinking.

The Journal of Sexual Addiction and Compulsivity continues to gather and organize research on sex addiction.  Fears of unscientific approaches to the topic are abated as more  studies are conducted and reviewed, and finer points in pathology and treatment become evident.  At this time, the purported causes of sex addiction appear to mirror those of drug addiction and compulsive gambling.  A genetic predisposition may combine with environmental factors, such as availability of the substance (in this case, pornography and sexual partners) and trauma.

Different forms of trauma may be involved in the development of sex addiction.  The trauma may be developmental, as in the case of a home environment lacking appropriate support for the realities of adolescent sexuality.  Or, there may be excessive encouragement of sexuality early on.  Trauma, such as sexual abuse, can also create unhealthy sexual development, interfering with physical, emotional, and psychological processes conducive to healthy sexual behavior.

Some, such as family therapist Mark Robinett say the addiction may develop because of attempts to self-medicate the pain of prior sexual trauma.  Of course, an addiction to sex may seem contradictory for someone who was sexually abused; however, trauma survivors can often “recreate” the sexual events that traumatized them, sometimes putting themselves into positions of authority, or giving themselves a sense of control within sexual contexts.

True sex addicts, according to Carnes, suffer from a cycle of self-destructive behaviour.  A pain agent or emotional discomfort (fear, shame, anger, for example) triggers the cycle.  The person removes themselves from their emotions yielding a kind of numbing state, eliminating awareness of consequences, and leaving only awareness of pleasure.  They may then engage in pursuing behaviour such as calling a sex line or finding a prostitute.  Finally, a period of time passes and the cycle begins again.

Treatments tend to follow the criteria many would use to describe and treat gambling or drug addiction.  12-step programs, such as Sex Addicts Anonymous (SAA) and Sexaholics Anonymous (SA) are offered in individual and group sessions with specialists in the field.

← When a Family Member is Diagnosed with Schizophrenia
Homeless and Home Again: Personal Reflections →