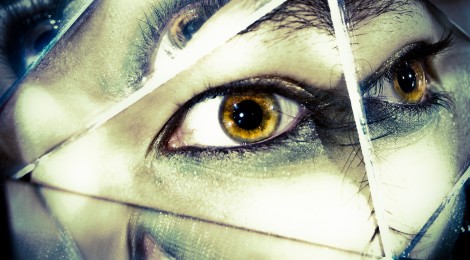 When a Family Member is Diagnosed with Schizophrenia

Q:  How would you describe your relationship with your sister before she was diagnosed with schizophrenia?

A:  Well, we didn’t have a really close relationship.  We didn’t live together for many years because she was living in Canada, and I was living in Colombia.  With an eleven year age difference I didn’t really get the chance to spend time with her.  But from what I can remember, it was good.  She was always a very smart person, intelligent, happy, friendly, successful.  Actually, she was probably the most successful member of the family.

Q:  When did you realize your sister had developed a mental illness?

A:  After her divorce, things got out of hand.  She would scream, yell, and she became violent.  I remember one time, when I was visiting Canada, she became so completely out of control that she ended up attacking me.  It was at that time that we had to bring her to a hospital and she was soon diagnosed with schizophrenia.  We decided that it would be best for her to come back to Colombia so she could be close to her family.

Q:  Did you find the mental health services that were provided helpful?

A:  At the beginning we didn’t know what to do.  We didn’t know exactly the right way go about dealing with the illness, or how to help her.  She came back to Colombia for some time; then we decided to return to Canada.  In Colombia they couldn’t really find the right answer and the right treatment for her.  After returning to Canada, it was a while before they found a medication that worked well for her.  At one time she was living in the mental institution in London, Ontario for almost a year after experiencing an episode.  I don’t know what we would’ve done without the doctors’ help.

Q:  How involved were you in your sister’s care?

A:  I was indirectly involved because she was living with her son.  I would visit her every weekday.  She spent a lot of time with me, my wife, and two kids while she was going through her treatment.  We lived nearby, so instead of having her move in with us, we decided to let her have her own place.  We thought it was too dangerous with the children to have her live with us, I couldn’t predict what she would do.  However, we were close.  As time progressed she developed more control, and she began doing better and better.  She got her own apartment, her son married and moved out, and now she lives alone, and has for many years.

Q:  How did your sister’s condition affect your relationship?

A:  Before she developed schizophrenia it was a normal healthy relationship.  No problems.  No fights.  And then she became ill, and as she became worse, concerns about safety developed.  The relationship almost became backwards.  She’s the older one, so she always took care of me; but after she was diagnosed, it was me taking care of her.  I had to protect her like one of my children.  She couldn’t do many activities by herself, and she couldn’t hold a job for very long.  It was a difficult change.

Q:  What was the most challenging aspect of having a sister with schizophrenia?

A:  The most challenging part was feeling like you can’t do anything about it.  We know as of right now that this disease is incurable, they have treatments, but the person won’t ever be 100% better.  That’s difficult to deal with; you don’t feel like you have any control.  You just let the illness progress, and try to keep it under control as much as possible.  It’s difficult when you see a person who was successful and happy, and they then become a child, with no control, living day-to-day as best they can.  The most difficult part is accepting it.

Q:  What would you recommend to others in your position?

A:  First off, I recommend getting help from people who are experts in the field.  You really need to get that help, you need those doctors and specialists.  Also, try to understand that the person is not exactly the same person.  You have to be understanding of the changes that are happening. Being informed will help, and informing your family about the illness will help everyone.

The Trauma and Attachment Report would like to give thanks to Jairo for sharing his story. Please visit the Schizophrenia Society of Canada website if you reside in Canada; or the National Alliance for Research on Schizophrenia and Depression website in the US, if you or any one you know need more information on schizophrenia.