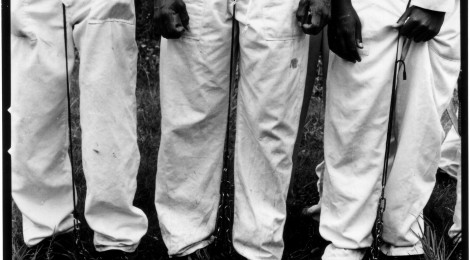 Poverty, Broken Homes, Violence: The Making of a Gang Member

Sylvester Akapalara, 17, Hanzel Saucedo, 18, Genaro Ramirez, 19, Alexander Ibarra, 17, Aljoven Canalete, 19, and Ebony Huel, 16 were all found murdered in gun-related shootings in the past two months.  Some of these teens were members of gangs, others were innocent people in the wrong place at the wrong time. Approximately 5750 people were killed in Los Angeles county alone in the past ten years in gang-related violence, many of them children and teenagers.  With gangs reportedly recruiting members as young as eleven, this is a social problem that mustn’t be ignored.

There are many risks associated with gang membership including exposure to violent crime, and possible incarceration.  Why are so many adolescents willing to join? Several risk factors have been identified that increase the likelihood that a teen will join a gang including the presence of gangs in the neighborhood, having gang members in the family already, histories of sexual or physical abuse, growing up in poverty, having access to weapons and drugs, and a lack of success in other areas of life, such as school.  Having identified these risk factors, experts propose that young adults join gangs because they both act as a surrogate family, as well as provide a sense of belonging, power, control and prestige; all things that are commonly identified as absent in childhood among gang initiates

The idea of a gang acting as a substitute family is supported in interviews conducted by Joe Killian, a writer for the News and Record; Killian spoke with forty gang members from Greensboro, North Carolina.  The men he interviewed reported that they considered fellow gang members to be family and that they took care of each other.  Killian found that most of the gang members he interviewed had tattoos to publicly show their allegiance to their particular gang, and to show pride in belonging to the group.  Several gang members said that being part of a gang meant you were never alone in the world, which is similar to how many people describe being part of a close-knit family or group of friends.  Gangs provide members a sense of belonging and protection they do not receive from other relationships or experiences in life.

In addition to the intense feeling of family provided by gang membership, those gang members interviewed by Killian, also referred to the fantasy of a “Cinderella” story portrayed by films like Scarface, and rappers such as 50-Cent, Tupac Shakur, and the Notorious B.I.G.  The media portray gangster life as one filled with excitement, power, fortune, and ease.  Experts assert that many adolescents simply fall victim to the “rags to riches” fairytale glamorized by popular culture.  Given that adolescents are joining gangs as young as eleven years of age, these children lack the maturity and critical thinking skills required to fully understand danger and negative consequences.  Coupled with a lack of support and guidance from positive role models, oftentimes a life of relative poverty, and few alternate activities to occupy their attention, it becomes easy for these youth to be wooed by the false promise of a glamorous lifestyle and for older gang members to step into the role of mentor.

Unfortunately, gang influence can be rather difficult to control.  The problem with gang prevention efforts is that many of the risk factors associated with membership are connected to complex social issues outside of the control of any one individual.  A few positive role models may have only minimal effect within an environment where gang violence dominates the cultural milieu.

One demonstration project has been particularly successful in reducing gang activity with an impressive list of programs that combat a large proportion of the identified risk factors.  The Harlem Children’s Zone project, pioneered by Geoffrey Canada in 1997, serves thousands of children and covers a 100-block area of Harlem, New York; a neighborhood known for broken homes, violent crime, and drug activity.  Family support centers, private schools, parent training and after-school programs developed within the project have shown students that they can lead exciting and prosperous lives without having to be involved in crime.  The project has provided them with a community of positive role models and has led to a significant increase in the number of youth that go to college and a decrease in crime and gang activity.
There are various other gang prevention programs in place as well, such as the Phoenix Curriculum and the Gang Resistance Education and Training Program (G.R.E.A.T.) which focuses on teaching a variety of skills, as well as offering mentorship and counseling for at risk youth.  Unfortunately, the little evaluation that has been done has found this program to be of only limited benefit.

Still, with increased awareness, creativity, community engagement, and more programs* like the Harlem Children’s Zone, we may yet reduce the severe damage gangs have inflicted on our communities; one city block at time.

To read or hear more about the Harlem Children’s Zone project check out the video below:

← Trauma Report to Speak at The ISST-D Conference This Weekend!
Dual Diagnosis: Mental Illness in the Developmentally Disabled →