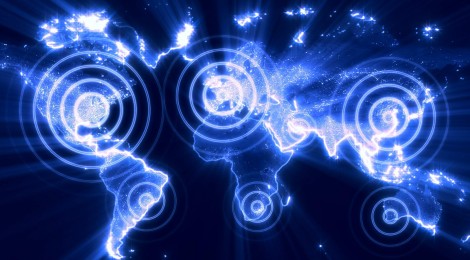 Neha (neighbour girl):  “He’s in India, living with our Nani and Nana.”

Neha:  “He’s too small, he needs to grow up so he can go to school and then he can come over.”

A common fate for many new immigrants to Canada, nine year old Neha describes her family’s experience emigrating from India.  Eighteen months ago, Neha’s parents made the difficult decision to leave their two year old son, Ashok, behind with extended family while they made their new home in Canada to build a better future for their children.  Neha’s parents found full-time jobs and settled in a Brampton residence.  Neha’s brother, Ashok, still not old enough to go to school full-time, and with nobody to take care of him during the day, stayed back in India to be raised by his extended family –an age-old tradition.  Two years later, Ashok was brought over.

After a few years of being apart from his parents and sister, Ashok was unsure how to react in this new place.  He was withdrawn; the other children would pick on him and he found it difficult to fit in with a family he barely remembered.

With thousands of families a year choosing to emigrate from their countries of origin to North America, many are faced with difficulties, one of which arises when a family is forced to move first without their child, reuniting years later.  Behavioral problems and depression are reported as symptomatic of the culture shock that can ensue.

Psychologist Yvonne Bohr, at York University, who coined the term “satellite babies,” followed the decision-making process for twelve Chinese immigrant couples in Toronto, who were considering separation from their young children.  Bohr explains that parents are not hardwired to be apart from their children at such a young age and that the reasons for separating need to be understood.

The number one explanation for the increased popularity of this practice is that parents lack the time, money, or both to properly care for their infants.  Between long hours at work and a stressful home life, recent immigrants often need to take English classes or upgrade their education and training.  Daycare services are often not available or represent too much of a strain on limited salaries.

When asked to explain, one parent in Bohr’s research reported, “Because of the family financial [situation], we need to send her back to China for [our] parents to take care of her . . . . As soon as my [visiting] parents have to go back to China, we will try to send the baby as well.  If she stays here, my wife won’t go to work.  So I have to support the whole family myself . . . . I have to send my child back to China, at least for a couple of years.”   Another parent said, “I’ve been here for three years. I want to have my own career.  I had a good job in China but I am starting over, here . . . I feel like I have to start all over, because of the baby I can’t go back to work . . . . I want to work harder to get a house . . . the most important factor is finances.”

Another, more culturally relevant reason may stem from the collectivist nature of Eastern cultures.  Three-generation childcare has been common practice for centuries among Eastern populations to preserve the old culture (e.g. Chinese and South Asian).  Time spent in the care of grandparents or elders of the family is thought to be a necessary educational experience for children.  However, in today’s global economy, this experience seems to occur serially rather than simultaneously; the children spend several years with the grandparents while separated from parents.

Decades ago, clinicians such as psychiatrist John Bowlby studied the potential harm of infant-parent separation in the form of disrupted attachment relationships, often resulting in poor socio-emotional development of the child.   And much earlier, Sigmund Freud went so far as to say that the trauma of separation outweighed the impact of a wartime attack.

So what does this say about the thousands of Canadian babies sent to overseas relatives every year?  It is anything but an easy decision, and many parents have expressed extreme guilt, ambivalence and resignation.  However, most parents who decide to send their children abroad believe that the long-term benefits to the whole family outweigh the costs, an approach very much in line with notions of self-sacrifice among Eastern cultures.

Bohr argues that Western mental health models are not equipped to deal with this recent but rapidly growing phenomenon.  In one respect, important aspects of the old culture may not be familiar to or understood by mental health professionals in Canada.  Moreover, the stigma associated with mental illness among immigrant populations may cause cases of separation trauma (for children and parents) to go underreported.

Re-integration of satellite children is an extremely complex process that depends on the specific details surrounding the separation.  For example, when were they separated from their parents?  How familiar were they with the extended family?  Was the transition gradual or abrupt?  Adopting a laissez-faire attitude towards transnational families could have serious repercussions for satellite children and parents alike.

Issues beyond the realm of mental health are ones that cannot be ignored either.  The lack of adequate childcare facilities and social networks are citied as the number one reason for this practice among immigrant parents.  Oftentimes, parents are not satisfied with working minimum wage jobs when they had very good positions in their country of origin.  Neha’s parents were both college professors in India.  Her mom now works as a customer service representative for a wireless phone company and her dad drives a truck.  They also both attend part-time post-secondary school, in addition to raising Neha.

Migrating to the West promises a better life, but at what cost?  Disrupted attachment relationships can be felt across several generations.  Satellite children growing up in Canada have a new and different set of challenges to face in their futures.  And as they do, mental health professionals will need to educate themselves on patterns of immigration-related trauma, emerging in the new global economy.