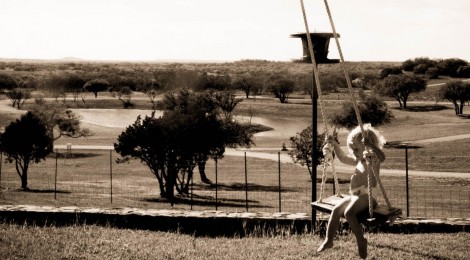 Interview with a Foster Parent

Statistics show that for every 1,000 children in Canada, 9.2 are in foster care, and in the U.S. the ratio is 6.9 per 1,000 children. The Trauma and Attachment Report recently interviewed a foster parent who along with her partner, has opened their home to more than twenty children over the years.

Q:  What type of children do you receive into your home?

Q:  Do they come to you straight from the birth parents?

A:  It depends.  Some children come to us straight from their biological parents while others arrive here after having been in group homes or other houses.  Some children are in the system for a very long time.  Most children go through several homes before they come to us.

Q:  Is there a difference between children who come straight from the birth parents, as opposed to those who experienced previous transitions?

A:  A child who hasn’t moved around much will be able to form a stronger relationship with us than a child who went through several homes.  When the child comes to us without having moved around, they usually get used to us more easily.

Q:  What are the children like when they first arrive?

A:  When the child first arrives, there is a kind of “honeymoon,” the child wants to be liked so it appears as though things are going smoothly.  Then after a few weeks, the difficulties start to arise.  It is only around six months when the child begins to adjust and adapt to the new structure and family.

Q:  Do you notice a pattern of behaviour in the child’s adjustment?

A:  When they first arrive, children are mostly in denial and are certain that soon they will get back to their parents.  But it’s hard to make conclusive statements about all children since it really depends on the child; if the child arrives straight from the abusive home, we are the ones to deal with the immediate trauma.  The child mostly projects the anger that is intended for the parent, onto us.

Q:  Do the children treat this home like a temporary home?

A:  Yes absolutely, because they are still in contact with their biological parents.  Children need structure and when things change, even in their daily routine, it really upsets them.  Once we had two little girls who were difficult at first but got much better as time went by; they did well in school, got along well here, and then they were told they were to be adopted and that threw them off balance.  How can such an environment feel permanent to a child, when they know they are to be moved soon?

Q:  Do you think there’s a correlation between the age of the child and the relationship that is formed?

A:  Yes, when they are younger it’s easier to establish a closer relationship, but it really depends on how long they stay with us or how long they had been in an abusive home.

Q:  Is it difficult for the children to leave your home?

A:  It depends on the child.  We’ve had kids that were with us for a long time and then left to go to adoption and we never heard from them again.  Over time they build walls that make it hard for them to become close to others.

But it really depends on the child.  For example, at one time we had two siblings who stayed with us for a whole year.  They came from a house in which the abuse wasn’t so severe so they were able to form some kind of relationship to us because they considered us their aunt and uncle.  Even after they were adopted we still remained in contact.

Q:  Do the birth parents usually remain in the picture?

A:  Yes, the biological parents mostly remain in the picture, but sometimes their influence on the child can be negative.  Children can become agitated after the visits.  Often, the children won’t initiate any kind of contact with the parent that is outside the supervised visits; they usually wouldn’t call their parents just like that.

Q:  What is the child’s relationship with the birth parents typically?

A:  Unfortunately in many cases there is a very confused relationship between the parent and child.  When the parent is in the picture, the child can be torn.  They see the parents every week and know that they exist, but they can’t be with them.

Q:  How do birth parents view you?

A:  They are often resentful.  They see us as part of “the system,” and often don’t understand how they have hurt their children.

Q:  Does the child ever blame the parent?

Q:  Do the children trust you?

A:  Yes, I think so.  Even when they get mad and upset, we know they trust us.  With us, a promise is a promise, and that’s not something they usually have with their biological parents. That’s also the reason why they allow themselves to get mad.  They wouldn’t get mad at their biological parents because they would be afraid of the possibility of losing that relationship. They know our relationship is stronger than the momentary arguments so they allow themselves to get angry.

Q:  Do the children in the house form sibling relationships amongst themselves?

A:  Yes, they play and fight like all siblings. But they don’t form tight relationships; if a child leaves the house, the others might be sad for a couple of days and that’s it.  They don’t keep in touch usually, so in that aspect it’s not like what you’d expect of siblings.  It is part of the protective walls that they build.

Q:  Overall, how would you describe the experiences of children in foster care?

A:  Overall, they are very confused.  It is as if they have two sets of families in which one doesn’t function at all but they still wish for it to work out, and the other one functions but they know it’s not their real family.  The child can be quite ambivalent about the relationship with both the biological and foster parents.