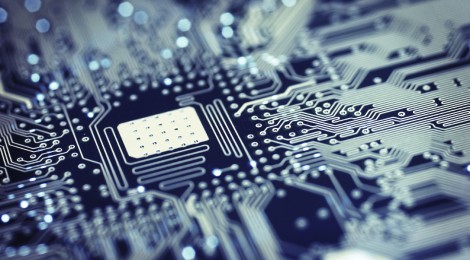 Your Gadgets, the Congo’s Chaos

Stop for a second and take a look at the cell phone, laptop or tablet you are using to read this article.  Do you know what it is made of?  If you knew that the excavation of that material was contributing to mass violence, rape, forced labour and child slavery would you still use it?  Could you stop using it?

In the modern world, our daily lives have become intertwined with technology and its devices.  We rely on them to get us out of bed, keep us in contact, inform, educate, and entertain.  These devices are everywhere and involved in every aspect of living.  Our function depends on their function and we rarely think about their bits and pieces unless they’re not working.

Coltan is a mineral from which a very precious element called Tantalum is derived.  This heat-resistant powder is used to store electricity in the capacitors of digital electronic devices.  Not only can it be found in cell phones and laptops, but also in a variety of other devices such as jet engines, prostheses, hearing aids, pacemakers, and game consoles like Sony’s Playstation and Microsoft’s XBox.

The Democratic Republic of Congo (DRC) sits on 80% of the world’s supply of coltan.  The country’s mineral wealth is estimated at around $24 trillion US, yet it is faced with unparalleled levels of poverty.  According to the 2011 Human Development Index, the DRC is ranked 187 out of 187 countries, making it the most impoverished nation on earth.  Even though the use of electronics is at an all time high, the country with the world’s greatest supply of coltan is not reaping any of the benefits.

Initially, the poverty stemmed from over 15 years of violent armed conflict between bordering nations, and constant vicious attacks on the civilian population by a religious militant group, the Lord’s Resistance Army.  In recent years, however, the conflict has evolved into a brutal resource war as the demand for minerals, particularly coltan, has skyrocketed.  Greed has further fuelled the corruption and chaos in the DRC.

Entrepreneurial local militias and roaming rebel armies from nearby countries such as Rwanda, Uganda and Burundi, compete to control and destabilize the mineral-rich North and South Kivu regions to illegally extract and export minerals for profit.  Using guerrilla tactics, these groups force local citizens into gruelling labour as miners and soldiers.  Of the 12.5 million people involved in the DRC’s mining industry, 30% are children.  With no labour regulations, these adult and child workers regularly endure brutal treatment, extortion, and enslavement.

In addition to forced labour, civilians are subjected to widespread human rights violations including sex slavery, child prostitution, mass rape, torture and slaughter.  Gender-based violence has reached epidemic proportions as over 1.8 million women have reported being raped.  These regular traumatic assaults on the physical and psychological well-being of the local citizens have had profoundly devastating effects.

Women, who are victims of sexual assault or who are forced to become rebels’ “wives,” struggle to move on with their lives.  Facing stigma and alienation within their communities, social isolation further impedes their recovery and contributes to feelings of shame and hopelessness.  Many victims end up with constant reminders of their trauma in the form of sexually transmitted infections, HIV/AIDS and the children of their assailants.  It is suspected that men who are raped face even greater stigma within the communities and many, as a result, commit suicide.

Humanitarian aid organizations have very little access to the DRC’s traumatized populations due to resistance from the rebel groups and the DRC’s corrupt government.  As a result, the country has seen a mass migration of citizens into the internal displacement camps (IDP).  These refugee zones within the borders of the country provide a protected living area and a place where citizens can access resources.  For the majority of the population, this is the only place they can gain access to any form of psychological care or relief.

The profits from foreign smuggling of minerals, like coltan, out of the DRC have been directly financing many of the civil wars within the country and Africa.  In reaction to the corruption, many large mining corporations are refusing to do business in the region, while others have taken advantage of the lack of regulation and instability.  A boycott on Congolese mining and purchasing minerals may appear to be an easy solution to the resource war, however most analysts believe that this is causing greater grievances to the Congolese people.

The mining industry in the DRC legally and illegally employs more than one-fifth of the population.  As mineral exports diminish, artisan miners are losing their only source of income leaving them unable to support their families and communities.  This is having a catastrophic impact on the survival of an already vulnerable population by increasing poverty and displacement.  Despite these boycott tactics, illegal coltan from the DRC is still being bought and sold in the global marketplace.

It is clear that other strategies must be developed to alleviate the situation.  Recently, many groups have called for an extension of the Kimberley Process, created to prevent the sale of “blood diamonds,” to include regulation and certification of minerals like coltan.  However, minerals like coltan are not easily certified and therefore the development of a similar process is very complicated.  United Nations interventions to address the kleptocratic government and military practices are needed.  Also, multinational corporations must be held accountable and encouraged to participate in the development of the country’s economic sector by regulating the coltan industry.

If we continue to feed our addiction to these products, we must be aware of the impact our consumption has on various countries around the world.  The people of the Democratic Republic of Congo need greater access to treatment for their illnesses and trauma so that not only they, but their country, can recover; so that they may rebuild and claim their potentially powerful position in the global mineral marketplace.

← A Smile a Day Keeps Insecurity Away: Bonding without Spoken Language
Living in the Shadow of the Holocaust: A Family Matter →