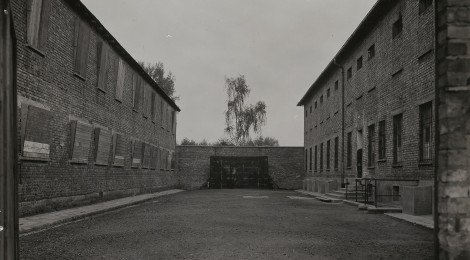 Living in the Shadow of the Holocaust: A Family Matter

The genocide carried out by Nazi Germany during World War II, took the lives of six million European Jews.  However, the number of victims was far greater as many have been indirectly affected.  The Trauma and Attachment Report had the opportunity to interview Ruth Yablonsky, the daughter of holocaust survivors.  We spoke to her about experiences growing up in the shadow of the holocaust, her charged and complex relationship with her mother, not knowing fully her father’s survival story, as well as his horrendous trauma, and the impact it had on their relationship.

“After the war ended, both my parents were taken to the hospital due to malnutrition.  My mother was in a hospital (Germany) for 3 months and decided to return to Lodz (Poland) to see if anyone survived.  She found the family home destroyed and not one person alive.  She then decided to return to Germany to calculate her next move.  In Deggendorf [a deportation camp] along the way, she saw my father, whom she had known before the war.  My father had had a wife and a little girl and they were both murdered.  He invited my mother to stay with them and after about six months they decided to get married and come to Israel [at that time, Palestine].”

Q:  What was it like living with parents who were holocaust survivors?

A:  I grew up thinking I had a good childhood. We lived in an area with plenty of immigrants and many of them had gone through the holocaust, so there was nothing special about our family. The one thing that always saddened me was that during the holidays we wouldn’t have any relatives to spend them with.  It was just us in the world, and that oftentimes made me feel very lonely, like an orphan even.

Q:  What was your parents’ familial situation prior to the war?

A:  Before the war, my mother was single, and she arrived in Israel without any family except for my father; all of her relatives were murdered.  My father too lost everyone, except for one brother who survived.

Q:  Did you feel your parents’ experience during the holocaust affected their relationship with you?

A:  Sometimes when my mother would get very upset with me she would say horrible things like “they should have opened a ghetto just for you.”  I sometimes felt as if she was saying:  “Wasn’t what I had gone through enough?  You’re making me suffer even more and maybe if you suffered too, you would be able to understand me.”

Q:  What was the relationship between your parents?

A:  I don’t think my parents got married for love.  It was more like an arrangement of “I know you and you know me, so let’s get married.”  Many people had an enormous need to rebuild their lives as rapidly as possible after the holocaust as if to prove to themselves that they are still real and that life will still go on.  Perhaps with time they grew to love each other.

I do remember that my father couldn’t bear it when my mother got angry.  When everything was normal and was ok, he was fine.  But everything he repressed would come out when he got mad.

Q:  How did your parents experience with the holocaust affect day-to-day life?

A:  My mother would always compare the life she had before the holocaust to life afterward.  It was very hard for her to adjust to life in Israel.  She had come from a somewhat wealthy, religious family, so when she came to Israel, it was hard for her to accommodate to the changes.  She became more religious after the war.  My father on the other hand lost his faith in God after what he experienced, even though he had come from a more religious home than my mother.

Q:  Did your parents ever talk about what they had gone through as holocaust survivors?

A:  My mother talked about it all the time; it was part of her daily routine.  She constantly lived the life of before the war.  Even after having lived in Israel for fifty years, she would say that the best time she ever had was before the war.  She needed to talk about what had happened and really experience it on a daily basis.  I think it was also a bit because she felt a loss of what life could have been like for her had the holocaust not happened.  My father was different; he never talked about it.  He would say “this is my life now,” and refuse to discuss the past.

Q:  Did it bother your father to hear your mother talk about the holocaust given the fact that he never mentioned it?

A:  I think she only talked about it when my father wasn’t around.  He would work long hours every day and wasn’t home much.  It was only when they were older and he stopped working that he would call to ask me to “come and save [him] from my mother.”

Q:  How and when did you find out about the family your father had lost?

A:  I found out about it at his funeral.  I learned for the first time that my father had had a little girl and a wife who were both murdered in the holocaust.  My mother told me that when I left for Canada, my father said, “Ruti will never come back just as [his daughter] never came back.”  I had no idea; up to that moment I never knew, I never even guessed.

Q:  All those years, your father never mentioned this?

A:  Never.  My father, who actually lost a child and a wife, never talked.  I never had any idea until the day he died.