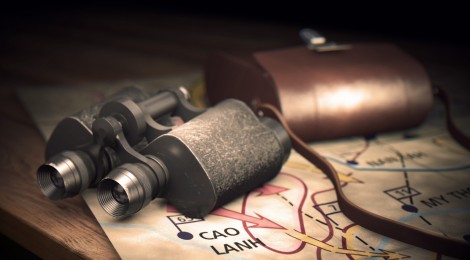 In the Mind of a Stalker

In 1989 at the age of 21, Rebecca Schaeffer was a successful television actress when a deluded fan with a gun took it all away from her with a single shot.  Following this highly publicized murder, California passed the nation’s first anti-stalking statute in 1990, with other US states quickly following suit.

Stalking is defined as repeated and unwanted attention, harassment, contact, or any other behavior directed at a specific person that would cause a reasonable person to feel fear.   In 2006, psychologist Brian Spitzberg at San Diego State University conducted large-scale representative studies of stalking behavior across three continents.  He reported that 2–13% of males and 8–32% of females are victimized by stalking at some point in their adult lives, and in the majority of such cases, the person is stalked by someone they know.

The relentless neurotic nature of the stalker can take the form of harassing their targets, calling them repeatedly, as well as sending letters and gifts.  If these are ineffective, the individual may escalate to more intrusive behaviors such as spying on, and unexpectedly confronting their victims.  Research tends to focus on how violating it is to bear the brunt of stalkers’ obsessions, but there is little to explain what exactly motivates the stalker, and further, how to therapeutically treat these offenders.

Researcher Katrina Baum at the National Institute of Justice in Washington conducted a national stalking victimization study in 2009.  Victims were asked what they thought motivated their stalkers to pursue them.  Of 3,416,460 victims, 36.6% considered stalker motivations as “retaliation, anger or spite,” 32.9% replied “control,” and 23.4% said “mental illness or emotional instability.”

In reality, most stalkers do not suffer from hallucinations or delusions, although many do suffer from other forms of mental illness including depression, substance abuse, and personality disorders.

In 1993, Australian stalking expert Paul Mullen, clinical director and chief psychiatrist at Victoria’s Forensicare, a high security hospital for mentally ill offenders, analyzed the behavior of 145 diagnosed stalkers.  Based on their analyses, Mullen and fellow colleagues proposed five stalker subtypes, in an attempt to facilitate diagnosis and treatment.  These subtypes are currently the most extensively used categorization in classifying stalker behavior.

Mullen defined the rejected stalking type as an individual who has experienced the unwanted end of a close relationship, most likely with a romantic partner, but also with a parent, work associate, or acquaintance.  When this stalker’s attempts to reconcile fail, they frequently seek revenge.  The therapeutic focus is usually centered on the stalker ‘falling out of love.’  The individual is counseled on how to move on from an angry preoccupation with the past to the sadness of accepted loss.

The intimacy seeker identifies a person, often a complete stranger, as their true love and begins to behave as if they are in a relationship with that person.  Many intimacy seeking stalkers carry the delusion that their love is reciprocated.  In 2009, country star Shania Twain had a stalker who fit this profile and received numerous love letters from him.  He even attended Twain’s grandmother’s funeral without an invitation. The focus of management of intimacy seekers is on the underlying mental disorder coupled with efforts to overcome the social isolation and the lack of social competence that sustains it.

The incompetent subtype like the intimacy seeker, hopes their behavior would lead to a close relationship, satisfying their need for contact and intimacy.  However, this type of stalker acknowledges that their victim is not reciprocating their affection while they still continue their pursuit.  Mullen views these stalkers as intellectually limited and socially awkward.  Given their inability to comprehend and carry out socially normal and accepted courting rituals, the incompetent stalker uses methods that are often counterproductive and frightening.  This was seen in 2004 when pop sensation Britney Spears’ stalker sent numerous love letters, e-mails, and photos of himself with frightening notes saying things such as “I’m chasing you.”

The resentful stalker experiences feelings of injustice and desires revenge against their victim rather than a relationship.  Their behavior reflects their perception that they have been humiliated and treated unfairly, viewing themselves as the victim.  It is has been found that resentful stalkers often regard their fathers as highly controlling.  Mark Chapman, the notorious John Lennon stalker and murderer is a classic case of a resentful stalker.  He described himself as the world’s biggest rock fan and admired Lennon and all his work, until he read a biography of the musician.  Angered that Lennon would “preach love and peace but yet have millions [of dollars],”  Chapman shot and killed Lennon on December 8, 1980.  In later testimonials, Chapman described how his father “never told me he loved me; and he never said he was sorry.”  The focus on a distressing past and the compulsive reliving of this pain can contribute to a mood disorder.  Also, in a fortunate few there is a paranoid disorder that responds at least partially, to antipsychotic medication.

Finally, the predator stalker also has no desire for a relationship with their victims, but a sense of power and control.  Mullen explains that they find pleasure in gathering information about their victim and fantasizing about assaulting them physically, and most frequently sexually.  Predatory stalkers should almost always be managed within a sex-offender program, with the main focus being on the management of the paraphilia that is the driving force behind the stalking behavior.

Therapeutic interventions for stalkers are directed first at their mental disorders.  Stalkers as a group, have an impressive capacity to rationalize, minimize and excuse their behaviors.  Mullen explains that in almost all stalkers there is a need both to improve interpersonal and social skills, and to instill a more realistic understanding of the impact of their behaviors on victims.  Stalkers should be managed individually, with group work avoided.  Like sex offenders, stalkers can readily establish networks of mutual support and information-sharing within the group, sustaining the behavior being treated.

In those stalkers motivated by a vengeful resentment, there is often an acute sensitivity to the confusion, distress and fear produced by their activities.  Because of this sensitivity, programs developed to enhance victim empathy can be readily adapted for use with these individuals.  It is uncommon to encounter a stalker with adequate interpersonal and social skills.  Difficulties establishing or maintaining intimate relationships lie at the basis of many stalking episodes. Improving this area of function can contribute not only to resolving the current stalking but also to reduce the chances of reoffending.  Many stalkers have narrowed their daily activities to being entirely focused on the victim.  Encouraging even limited social activities can be helpful.

Mullen’s research suggests that professionals should focus not on the stalkers as criminals but as vulnerable, distressed individuals whose behaviors reflect, at least in part, the influence of a serious underlying mental disorder.  The most important step in the management of stalkers is to see them as individuals in need of psychological help.

← You Are Getting Sleepy: Demystifying Hypnotherapy
I Am Not My Eating Disorder →