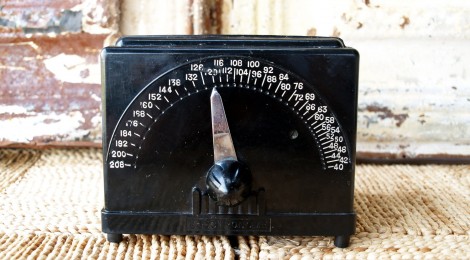 You Are Getting Sleepy: Demystifying Hypnotherapy

Hypnotherapy is used in many cultures and has been around for centuries, yet it still remains a source of mystery.  For many, the term “hypnosis” triggers images of swinging pendulums and people barking like dogs for an amused audience.  Given the scepticism surrounding hypnosis, why are people turning to it for problems such quitting smoking, childbirth pain, and even irritable bowel syndrome?

There are those who view hypnosis as a unique, altered state of consciousness, while others consider it a state of deep relaxation.  The American Psychological Association’s (APA) Division of Psychological Hypnosis defines it as a procedure in which medical professionals suggest to patients that they are experiencing changes.  This can mean changes in sensations, perceptions, thoughts and behaviours.

In the 18th century, Franz Mesmer (1734 – 1815) conceptualized a technique of healing that made use of a force he coined animal magnetism.  He believed that all living beings possess a magnetic fluid, or life force that when blocked, leads to illness.  Further, he thought he could use his own energy to restore the flow of energy in his patients.  Although his methods were eventually debunked, his work set the stage for hypnotherapy.

Today, the American Psychological Association considers hypnosis a legitimate practice that can be used as a tool in therapy.  While hypnosis is not considered a complete psychotherapy model in and of itself, it can be a useful component of treatment.  As it stands, hypnotherapy is used in conjunction with essential medical treatments to augment their efficacy.

Some research shows that hypnosis can be a useful clinical tool in the treatment of Irritable Bowel Syndrome (IBS).  A 2003 survey by Psychologist Wendy Gonsalkorale of the University Hospital of South Manchester examined 204 people suffering from IBS.  After 12 weekly hypnotherapy sessions, 58% of the men and 75% of the women reported immediate, significant symptomatic relief.  More than 80% of those who experienced initial relief reported continued effects for up to six years.  Fewer than 10% of the participants tried other treatments after hypnotherapy.

Psychology Today reports that hypnotherapy is being used for a host of other problems in addition to physical ones.  These include the treatment of chronic pain, depression, anxiety and phobias, stress, habit disorders, gastrointestinal disorders, skin conditions, post-surgical recovery, as well as relief from nausea, childbirth, and haemophilia.  Despite the long list of reported applications, research has yet to be done to support all of these claims and it may not be uniformly useful for different clients.

According to Harold Rosen, an Associate Professor of Psychiatry at John Hopkins University School of Medicine, people vary in their degree of “hypnotisability” or susceptibility to suggestion, with only about 25% of the general population being able to experience -under appropriate conditions- “hypnotic phenomena.”  Some researchers have found however, that lighter states of hypnosis can be reached by as much as 97% of the population.

Some report hypnotisability as correlated with the trait “absorption” or the degree to which one becomes involved with events.  As articulated by psychologists Auke Tellegen and Gilbert Atkinson in 1974, those who enjoy activities such as watching movies, running or reading typically become more absorbed into what they are doing and therefore are likely to be more easily hypnotized.

Trust between therapist and client is reported to be the most important variable in the success of hypnosis, as this makes it more likely that the client will be ready to accept suggestions.

Aspects of hypnosis are found in other therapeutic practices as well.  An increasingly popular therapy in the treatment of trauma is called Eye Movement Desensitization and Reprocessing (EMDR), which incorporates techniques bearing a strong resemblance to hypnosis practices.  During sessions, the patient is required to focus on a target, which is often the therapist’s finger moving back and forth, sometimes while listening to tones alternating in the ears.  As this is occurring, the patient experiences or relives painful memories.  There is still some debate over EMDR’s relationship to hypnosis and its efficacy as a treatment.

Unfortunately, the field of hypnosis is not very well regulated.  Many can claim to be a hypnotherapist despite lacking appropriate training, decreasing the credibility of those who are properly trained.  Considering our fascination with quick fixes and our greater vulnerability to suggestion in a hypnotized state, it pays to be sceptical about who you seek to “put you under.”

← OxyContin: Special Order Only
In the Mind of a Stalker →