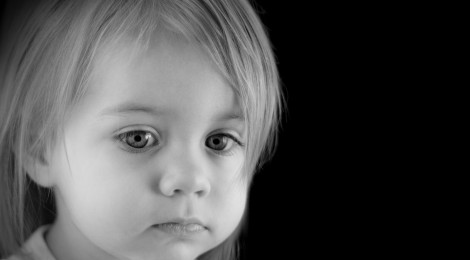 Not Just a Phase: Depression in Preschoolers

Depression affects approximately 4% of preschoolers in the United States today, with the number diagnosed increasing by 23% every year.  Increased awareness has made therapists and physicians better equipped to identify this disorder within younger age groups.  Awareness of childhood depression has also resulted in an increase in healthcare professionals specializing in the disorder.

The National Mental Health Association urges parents to share with their pediatrician any troubling symptoms that persist for seven to nine months, that occur more than twice a week, and that interfere with the child’s functioning in day-to-day activities.  These symptoms can include refusing to eat, chronic fatigue, lack of concentration, extreme sensitivity to rejection, drastic changes in eating and sleeping, and play that revolves around morbid themes such as death or dying.

The length of time and frequency that behaviors have been occurring can make the difference between typical and problematic behaviors.  And in many cases, when a child experiences depressive episodes in their developing years, they are also diagnosed with depression later in life.

Family history may be a predisposing factor.  The Canadian Mental Health Association states that children who have one parent suffering from depression have a 25% chance of also experiencing depression.  This percentage triples to 75% when both of the child’s parents have the disorder.  The family’s history of depression is determined when a child is referred to a therapist and an assessment is conducted.

It wasn’t until the 1980s that childhood depression was recognized by the American Psychiatric Association’s Diagnostic and Statistical Manual (DSM) as a disorder with criteria similar to that of adult depression.

Treatment for childhood depression is much more limited than it is for adults.  The use of anti-depressants with children has increased, although organizations like the Food and Drug Administration have yet to approve antidepressant medications for young children, mainly due to the unknown long-term effects.  When antidepressants are given to  a younger child it is more often as a last resort, when there is limited access to therapy, or when the child is unresponsive to psychological therapies.  Or, when the child may be suffering from chronic or reoccurring depressive episodes, or exhibiting features of psychosis or bipolar disorder.

One of the most serious issues regarding depression is the increased risk of suicide.  The Food and Drug Administration has stated that 4% of children up to age nine have experienced suicidal thoughts, even while taking antidepressants.  Although suicide in children under nine is rare, it is considered one of the leading causes of death in children between ages ten and fourteen.  And depressive episodes in young children are an indicator of later depression, increasing the risk of suicide down the road and making childhood depression an important concern for parents as their child develops.

The National Institute of Mental Health emphasizes that parents take their children’s emotional complaints or symptoms seriously.  Untreated depression can have profound effects both when the child is young as well as later in life.