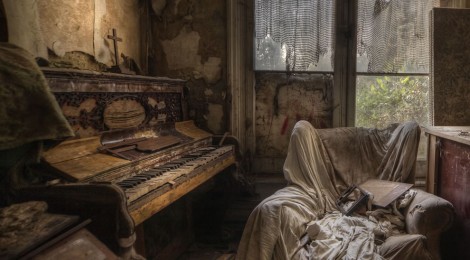 The Fury Of Abandonment

I know that it is all
a matter of hands.
Out of the mournful sweetness of touching
comes love
like breakfast.
Out of the many houses come the hands
before the abandonment of the city,
out of hte bars and shops,
a thin file of ants.

I’ve been abandoned out here
under the dry stars
with no shoes, no belt
and I’ve called Rescue Inc. –
that old-fashioned hot line –
no voice.
Left to my own lips, touch them,
my own nostrils, shoulders, breasts,
navel, stomach, mound,kneebone, ankle,
touch them.

Anne Gray Harvey was born in Newton, Massachusetts, in 1928. She attended Garland Junior College for one year and married Alfred Muller Sexton II at age nineteen. In 1953 she gave birth to a daughter. In 1954 she was diagnosed with postpartum depression, suffered her first mental breakdown, and was admitted to a neuropsychiatric hospital. In 1955, following the birth of her second daughter, Sexton suffered another breakdown and was hospitalized again; her children were sent to live with her husband’s parents. That same year, on her birthday, she attempted suicide.

She was encouraged by her doctor to pursue an interest in writing poetry she had developed in high school, and in the fall of 1957 she enrolled in a poetry workshop at the Boston Center for Adult Education. In her introduction to Anne Sexton’s Complete Poems, the poet Maxine Kumin, who was enrolled with Sexton in the 1957 workshop and became her close friend, describes her belief that it was the writing of poetry that gave Sexton something to work towards and develop and thus enabled her to endure life for as long as she did. In 1974 at the age of 46, despite a successful writing career–she won the Pulitzer Prize for poetry in 1967 for Live or Die–she lost her battle with mental illness and committed suicide.

Like Robert Lowell, Sylvia Plath, W. D. Snodgrass (who exerted a great influence on her work), and other “confessional” poets, Sexton offers the reader an intimate view of the emotional anguish that characterized her life. She made the experience of being a woman a central issue in her poetry, and though she endured criticism for bringing subjects such as menstruation, abortion, and drug addiction into her work, her skill as a poet transcended the controversy over her subject matter.