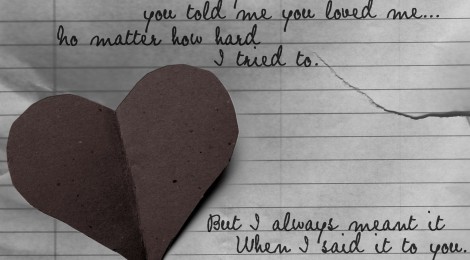 Expressing personal feelings directly isn’t easy for everyone.  While some do so comfortably, others may require more indirect means of self expression.  Some people struggle to find the right moment, fearing judgment or criticism from others, or feeling a sense of uncertainty about what they have to say.

Many have turned to the internet, to social networking sites such as Facebook, to the blogging world, to Tumblr or Twitter, or to other websites that help individuals engage in free communication.

Psychologist Matthew Lieberman at the University of California, one of several researchers studying the Bridget Jones Effect, says that writing about one’s feelings helps the brain overcome certain emotional upsets, leaving the writer much more relaxed and satisfied.  Named after the protagonist in the 2001 British film, Bridget Jones’s Diary, the phenomenon refers to individuals being able to express their emotions in a diary, and the relief that follows.

In Lieberman’s research, participants were asked to write twenty minutes a day for four days, either about an emotional experience or a neutral one.  Brain scans of the volunteers for this study showed decreased activity in the amygdala, the part of the brain said to control the intensity of emotion.

Writing and sharing ideas online has developed a well-trafficked social networking community.  For many, this community represents a supportive environment in which individuals can post their feelings, and receive acceptance and reactions from others.

Psychologists Meyran Boniel-Nissim and Azy Barak at the University of Haifa in Israel studied writing and the increasing trend of cyber self expression.  Adolescents were asked to blog about their thoughts and feelings concerning social circumstances and interpersonal relationships, and then rate themselves at least twice a week for a period of ten weeks on self esteem, peer relationships, and interpersonal activities.  Researchers later evaluated up to thirty posts from each participant and found that blogging and social media had a positive psychological impact on teenagers who were dealing with social anxiety or low self esteem.  After expressing their emotions online, participants felt that blogging provided a safe context for self exposure and reported an improvement in self confidence.

For those posting online, positive reactions may include validation and clarification, which can feel helpful to many.

However, at times those posting can receive harmful or critical feedback, or even no support whatsoever.  Not every individual commenting or responding will have something supportive or beneficial to say.  For example, when people post on Twitter, Facebook, or on other online sites, they run the risk of being judged, ridiculed and insulted.

James W. Pennebaker, from the University of Texas studied the effect of writing on emotional well being, and found that those who participated in emotional writing reported higher positive feelings after the exercise.  However, he warns that highly traumatized individuals are not advised to engage in this type of emotional writing, wherein they recall past events and create narratives.  Trauma survivors may experience flashbacks, re-experiencing painful past events.

Postsecret.com, Noteful.com, and Secretalk.com are some of the new and emerging websites where online users can upload and write anything they wish.  All writing is anonymous, which is important for some user, and the writers are allowed to express personal thoughts and feelings in an anonymous, creative way.  However, as described above, this form of writing is not always encouraged, especially for those with a history of trauma and the feedback from these particular media may not always be positive and encouraging.