Do you want weekly updates about our content? Subscribe here:
Browse: Home   /   2012   /   December   /   Death Becomes Us: The Psychological Trauma of Killing 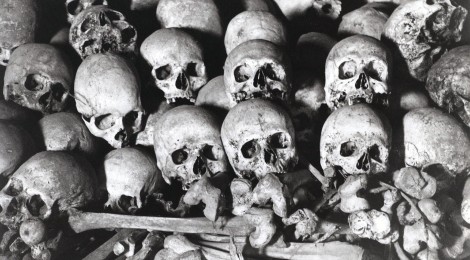 Death Becomes Us: The Psychological Trauma of Killing

ruthie / December 21, 2012 / Comments Off on Death Becomes Us: The Psychological Trauma of Killing / Clinical Practice, News

Every blade has two edges; he who wounds with one, wounds himself with the other.
– Victor Hugo, Les Misérables

Psychiatric breakdown is one of the costs of war.  So argues Richard Gabriel in his book, No More Heroes, where he notes the lack of attention provided to mental health care for soldiers.  Gabriel writes that “nations customarily measure the ‘costs of war’ in dollars, lost production or the number of soldiers killed or wounded.”  The military rarely measure the cost of individual human suffering.

And what about the suffering that comes from being the one who does the killing?  According to Lt. Col. Dave Grossman in his book, On Killing, it turns out that people, including soldiers are not “naturally born” to pull the trigger.

In Grossman’s view, it has long been a myth that one of the greatest threats to mental health while at war is the fear of dying.  At least as distressing is the act of taking the life of a fellow human being, regardless of nationality or circumstance.  This can be seen when soldiers put themselves in danger to avoid having to kill someone else, an act that, in Grossman’s experience, occurs more frequently than we think.

In animals as well as in humans, it is more natural to make attempts to initially frighten away enemy.  Known as posturing, the hope is that the target of the attack will retreat, and death will therefore be avoided.  Even a rattlesnake, that will kill a human without hesitation, will avoid killing another rattlesnake where possible.  Posturing was readily adopted by soldiers in both World Wars resulting in 80 to 85% of soldiers firing their weapons into the air above the enemy’s head rather than directly at them.

Killing is often misrepresented in film as far easier than it is.  In reality, the “duty” is mentally taxing, leaving most soldiers physically ill in the moment and often haunted by nightmares for a lifetime.  Being responsible for ending the life of another human is a significant source of trauma; trauma that is compounded by factors such as proximity to the victim and the type of weapon used.

One of the factors that Grossman explores in detail is distance.  If the victim is far away and out of sight, the mental impact of the act of killing is far less.  When soldiers can’t see the victims it is easier to remain in denial about the consequences of their actions.

Distance also allows soldiers to dehumanize and create a negative picture of the enemy.  It is much easier to demonize a target when that target remains nameless and faceless.  Grossman states that one of the reasons so many derogatory descriptions of enemies based on race and religion develop during periods of war is that these assaults on character make it easier for soldiers to detach themselves from the enemy and justify the attack. Reports from veterans indicate that actually seeing the face of the victim also plays a key role in the trauma experienced.  Seen in descriptions of executions throughout history, the accused is often forced to wear a hood to protect executioners and others from actually seeing the face, dehumanizing the individual, making the act of killing the person less traumatic.

The type of weapon used also plays a role.  Grossman found that the closer the target was situated before using a weapon, the higher the psychological repercussions.  Weapons are now designed to maximize distance between soldier and enemy, keeping the enemy from being “humanized,” from being harder to kill.

Apart from about two percent of individuals classified as “psychopaths,” who, because of deeply rooted personality flaws are unphased by the act of killing, most soldiers are unprepared for the task of ending the life of another human being.  Many veterans report that ending even one life is enough to haunt them with painful memories and sometimes flashbacks.

Soldiers who have engaged in close combat are left with a much higher likelihood of developing posttraumatic stress disorder then their counterparts who did not.  Treatment options for PTSD often include some form of talk therapy.  However, Maj. Gary H. Wynn, a psychiatrist at Walter Reed Army Institute of Research reports that fewer than 50% of soldiers actually attend this therapy.  In fact, most drop out early, often resorting to self-medication with drugs or alcohol.

So where does this leave us? Researchers at San Francisco VA Medical Center have pointed out that although the effects of killing on the development of PTSD are well established, little is known on why veterans who kill suffer more than those who don’t.

With more information on this topic, better preparation and treatment directly related to this aspect of war may be developed.  Given that violent conflict is unlikely to stop any time soon, we need to invest more resources into better ways of managing war’s aftermath.

Tags: Military, Soldiers, war
← The Art of David Richardson – An Artist With Bipolar
My Name is Not Schizophrenia: Removing the Label →