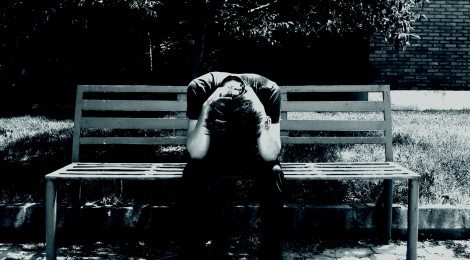 My Name is Not Schizophrenia: Removing the Label

ruthie / December 28, 2012 / Comments Off on My Name is Not Schizophrenia: Removing the Label / Clinical Practice

Derogatory language hurts when an individual is diagnosed with a mental illness.  And few mental illnesses provoke such derision and insensitivity as schizophrenia.

Opinions about the disorder are often strongly held, such as those of Chris Summerville, executive director of the Manitoba Schizophrenia Society, who argues that “calling a person ‘a schizophrenic’ is like calling a black person the ‘n’ word,”  presumably due to the dehumanizing nature of such labelling.

What is it about the term schizophrenia that provokes such strong reactions?

Since its discovery, schizophrenia has been one of the most difficult and complex psychological disorders to treat.  The modern-day term schizophrenia, meaning “splitting of the mind” was coined in 1908 by psychiatrist Eugen Bleuler.  This new diagnostic name replaced psychiatrist Emil Kraepelin’s term “dementia praecox” which focused on early onset and poor prognosis, instead of what Bleuler considered to be the universal underlying problem:  splitting of the basic functions of personality (a feature we no longer view as associated with schizophrenia). Although schizophrenia is now considered mainly a neurological disorder,  the new vulnerability-stress framework used in treatment, acknowledges that biological, psychological and environmental factors influence its onset and prognosis.

Widespread unfamiliarity with the realities of schizophrenia has been shown to cause fear and discomfort in interacting with those suffering from the disorder.  In a 2008 survey conducted by the National Alliance on Mental Illness, only 43 percent of respondents said they would tell their friends if they had schizophrenia; 27 percent admitted that they might be embarrassed if a family member had the disorder.  And, 64 percent of respondents still incorrectly believed that split or multiple personalities are characteristic of schizophrenia.

What do these data suggest about the role the label itself plays in the lives of patients diagnosed with the disorder?

In 2002, the Japanese Society of Psychiatry and Neurology changed the old term for the disorder “Seishin Bunretsu Byo” which translates to “mind-split-disease” to the new term of “Togo Shitcho Sho” or “integration disorder” to better accommodate the new vulnerability-stress model.  According to Sato Mitsumoto, a professor of psychiatry at Tohoko Fukushi University, the renaming was focused on removing the deep rooted negative image that is commonly associated with schizophrenia.

Being diagnosed with schizophrenia is a life-altering event that produces a powerful emotional response for patients and their families.  It still comes with considerable stigma infused with strong social, cultural, and emotional meanings; meanings that come to shape and define the individual’s expectations and experiences with the disorder.  Mitsumoto cites this as a leading reason why Japanese mental health professionals were refraining from diagnosing patients with the old term.

The renaming, reported to have had positive outcomes for patients suffering with “Togo Shitcho Sho” raises the question:  Could doing away with the term schizophrenia, for a different label, promote less stigmatization in North America as well?

In 2011, Tomer Levin, a psycho-oncologist at Memorial Sloan Kettering Cancer Center proposed that a new bio-psychosocial name, Neuro-Emotional Integration Disorder (NEID) could impact patient education and attitudes towards medications and treatments.  He argued that emphasizing the neuropsychiatric basis of this treatable brain disorder through its re-labelling could reduce this disorder’s stigma. Levin also emphasized the need for a universal term with easy translatability along with multicultural and global acceptability.  While the Japanese term may be translated into English, he questioned the ease with which other cultures might be able to adopt the new terminology.

While Levin argued that the re-naming would be a vital step in the de-stigmatization process, other researchers like David Penn and Amy Dummond, of the University of North Carolina, stated that even if the label were changed,  if continually paired with the disorder, the new term would also become stigmatizing.

Penn and Drummond believed that more important in de-stigmatizing schizophrenia than a change of terminology was an increase in public education focused on the compassion and de-stigmatization of the real challenges with which people with schizophrenia are faced.

Schizophrenia may be chronic in many cases but it is also manageable, and a variety of treatments are available to those who need them.

For people to live healthy, successful, socially active lives, it is necessary that a person does not “become” their disorder.  Summerville’s view is that calling a person  a “schizophrenic” removes the characteristics defining that person’s identity, his humanity.