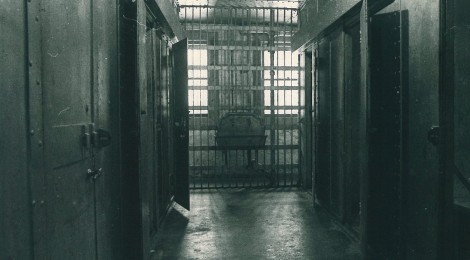 Falling Through the Cracks: The Case of James Holmes

ruthie / December 7, 2012 / Comments Off on Falling Through the Cracks: The Case of James Holmes / News

As the case of James Holmes unfolds, I find myself growing more concerned at each turn.  Psychiatrist Lynne Fenton reportedly not only suspected James Holmes of suffering from schizophrenia prior to the shooting in Aurora, Colorado on July 20th 2012, but had requested a police background check on him and reported his name to the threat assessment task force on campus.  And yet the shooting occurred.

Fenton was not alone in her concern.  The University of Iowa had received an application from Holmes for a spot in their medical school and not only denied the application, but warned others not to “offer admission under any circumstances.”

Clearly, there were clues about James Holmes’ instability before the events on July 20th, so we are left wondering what could have been done to prevent this tragedy.

When a violent act is committed by someone with a mental illness it is likely that person is not receiving treatment for their illness.  In fact, research shows that those in treatment are no more dangerous than anyone else.  This idea is supported by psychiatrist E. Fuller Torrey of the Treatment Advocacy Center who states that the “…ten percent of homicides (that occur annually) due to untreated severe psychiatric disorders would not have happened if we had an adequate psychiatric treatment system.”

Increasingly, we are coming to understand that violence is not a result of mental illness.  Violence is a consequence of the social isolation and addiction that goes along with it.

Due to a gag order from the trial, it is not clear if James Holmes was offered or received any treatment.  What we do know is that he lived and spent much of his time alone.  Interviews with his classmates reveal that he was addicted to video games, and tests indicate that he had Vicodin in his system at the time of the shooting.

Holmes was in contact with Lynne Fenton until June 11th, right around the time he was banned from campus for threats to a professor.  He tried to contact her the night of the shooting and mailed her his journal.  The police found the journal in the mailroom of the university, sitting unopened and said it contained “…full details about how he was going to kill people.”  Although his motives are uncertain, it is evident he was planning a shooting.

So what would it have taken to get James Holmes into psychiatric care?  Researcher and psychiatrist Olav Nielssen of the University of Sydney  explains mental health laws that require a person to be dangerous to self or others before they can be treated against their will means they are often dangerous by the time they receive treatment.

Instead of preventing violence, the current system almost requires violence before action can be taken.

Furthermore, Steven Segal, professor and director of the mental health and social welfare research group at Berkeley, states that “broader discretionary legal criteria–allowing mental health professionals to consider involuntary inpatient treatment when they perceive their client poses a health and safety threat, rather than when the individual has deteriorated to such a point that they are imminently dangerous to self and others—would allow for earlier intervention.”

Committing someone to treatment without consent is a controversial ethical issue in mental health.  How do we determine whether someone needs to be committed?  At what point does the prevention of violence override individual rights to freedom?  And how do you judge all this when those with severe untreated mental illness tend to remove themselves from others?

Elsabeth Jensen, a professor of nursing at York University, explains that those with a severe mental illness tend to have a social support structure of less than one person.  No one is close enough to these individuals to know whether or not they are dangerous to themselves or to others.

James Holmes did not have any family in Colorado, had stopped attending class, and had no close friends. Not a single person visited him during the time he was busy turning his apartment into a death trap rigged with explosives.

Still, warning signs of James Holmes’ fragile mental state were there.  A CBS report suggests he had contacted two other mental health professionals at the University of  Colorado besides Fenton.  The Behavior Evaluation and Threat Assessment Team at the University of Colorado had been notified and had his name on record.  Despite this, no one stepped in and decided he needed help.

And perhaps one of the lessons should be greater emphasis on a system that steps in sooner and stops us from losing touch with those like James Holmes.  Toronto Chief of Police Bill Blair argues “Violent crime is a multi-layered problem requiring both a policing response as well as social programs that work.”

James Holmes was a Ph.D student in the process of dropping out of school.  He had no close friends in Aurora.  Prior to being imprisoned, he lived alone.  He was under intense academic pressure.  He didn’t receive the help he needed and he fell through the cracks.

No one truly knew James Holmes; now we all know the worst of him.

Tags: Schizophrenia
← Are You Leaving?
A Family Man →