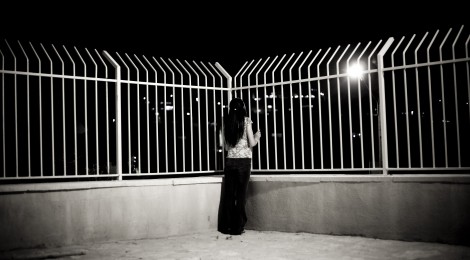 I Deserve a Voice: A Story of Forced Marriage

ruthie / January 11, 2013 / Comments Off on I Deserve a Voice: A Story of Forced Marriage / Interviews

More and more, we have been hearing about violence against women and the myriad effects it has on individuals and families.  But there was something spectacularly cruel about a story that captured headlines last year:  The fate of Amina Filali, the 16-year-old Moroccan girl who killed herself after she was forced by the courts to marry her rapist on March 15, 2012.

Forced marriage is done without consent of the women involved, and violates basic human rights.

The Trauma and Attachment Report recently spoke with Serena (name changed), a woman from Ontario who escaped from her abusive forced marriage nearly a decade ago.

Q:  What was your own early family experience like?

A:  I was brought up in a more liberal environment than most girls in my culture. My father was more advanced and we were taught to drive and we could go to university and work outside of the home while we were single.  My parents made sure that we were exposed to a lot of people from different cultures and different ways of living but when the time came, I had to adhere to our traditional practice for marriage.

Q:  How did you find out you were being forced to marry?

A:  Growing up in an Indian family, I knew that by the age of 22 I would be expected to marry a man chosen by my parents.  My mother was engaged to my father when she was 9 years old and so it was a luxury for me to be able to wait until my 20s.  I was introduced to two men, and after meeting each of them once, I was told that I had to marry one of them, and did not get to choose which one.  I did not want to marry either of them. Q:  What can you tell me about the adjustment process to a forced marriage like your own?

A:  Even though you’ve been prepared to enter into this relationship your whole life it comes as a great shock.  The day we get married our parents say to us: “This is your family now and you have to listen to them.  You are no longer our child.”  The day I got married, I didn’t know what sex was and that alone was very traumatic.  All of us girls, we marry strangers and live with strangers.  We grow up isolated and so we don’t know what is expected of us as a wife and suddenly a strange man has complete control.

Q:  Can you tell me more about your day to day life?

A:  I lived in constant fear.  My mother in law and my sisters in law were always yelling at me, or telling my husband to yell at me.  I was criticized for everything I did and my mother in law would monitor my phone conversations with my family to make sure I wasn’t telling them about the abuse.  I would get yelled at if my children were crying or if I was sad to be away from my family.  In their eyes, I was a failure of a wife and unworthy of being part of their family.  They reminded me of this every day.

Q:  Did you ever get to tell your family or try to leave?

A:  Yes, but I was very afraid.  My husband was a prominent medical doctor and his nephew was a powerful lawyer so I was threatened from all sides.  Once, when my daughter was 6 months old, I ran away to my parents with her but they told me to suffer through it, that all marriages take work and they sent me back.  I had absolutely  nowhere to go, no money to support my children.  Finally after 19 years when my daughter was 17 and my son was 11, I had the courage to decide to leave for my own safety.  I am still in hiding from my husband and if he were to find out that I was speaking out against him and his family, I could be in danger.

Q:  Are you in contact with your children now?

A:  My husband and his family take very good care of my children.  He would never hurt them, and so I know that as long as I stay away they are safe.  My daughter and I were reunited a few years ago when I found out where she went to university and went to go see her in secret.  We have a good relationship.  My son is 23 years old now and will not see me, but my daughter makes sure to tell him the truth about me and not the lies my husband’s family tells him.  It has been so difficult to be away from them, they are my life, my heart and soul, but I would have been killed if I had stayed.

Q:  What has life been like for you after escaping your marriage?

A:  It has been difficult, but also incredibly freeing.  I lived in fear for 19 years of my life and now I am like a bird escaped from a cage.  I have become much more spiritual and understand that through my experience I have the power to help other women.  I work at a women’s centre where I do peer counselling and that helps me see that not only Indian women suffer from bad marriages but even women in love matches go through hard times.  Working with other women has given me purpose, and through my work I can share my story with people like you and bring attention to the trauma we have endured.

Q:  What about your daughter, will she be expected to enter into a forced marriage?

A:  My daughter is a strong minded woman, she remembers seeing her father and family abuse me and it has shaped the way she thinks about relationships.  I believe that a change is coming, women are speaking out and finding their own power and even Indian men are learning to put their foot down and stand up for their wives against their families.  There is a new generation that believes in love marriages and equality within relationships.  I want my daughter to be her own person first and then find a love to make her happy. Q:  Is there anything else you’d like to say?

A:  People forget that these forced marriages are happening in North America every day.  We do not hear women suffering in silence and so I am praying for a change.  It is not about forgiveness but about understanding and action.  It is time for everyone to stand up for love, compassion and freedom.  It is only this way that we can move forward and away from all the pain.

If you or someone you know are in an abusive relationship, be it forced or love match, know that there is always a way out.  Contact your local women’s centre or police headquarters for more information on how you can get help.