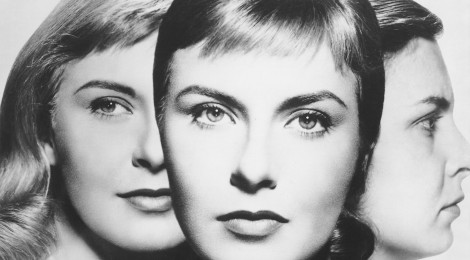 The Media and Dissociative Identity Disorder

“Put away the myths the media has created…
The truth is, these are not very bright guys, and things got out of hand.”
— Hal Holbrook, “All the President’s Men“

The recently cancelled United States of Tara, a television series featuring a fictional woman with Dissociative Identity Disorder (DID) once again raises questions about portrayal in the media of trauma and its associated diagnoses.  Can shows such as this be both entertaining as well as truthful?  Or are portrayals of mental illness in popular media largely exaggerated, “hollywoodized” forms of entertainment?

Previously known as Multiple Personality Disorder (MPD), DID was contested as a diagnosis as far back as 1901.  The popular portrayal of this misunderstood disorder  didn’t really take hold until 1957.  The book, The Bird’s Nest, had made somewhat of a stir in 1954.  But three years later, The Three Faces of Eve was published; the true story of a housewife suffering from what was then known as MPD.  That year both novels were turned into feature films, the latter gaining the most notability.

DID is formally recognized as a psychiatric diagnosis in the Diagnostic and Statistical Manual of Mental Disorders, the DSM-IV.  The patient must show at least two identities/personalities, also known as alters which routinely take control of the individual’s behavior along with an associated memory loss that goes beyond normal forgetfulness.  However, each individual with DID –referred to colloquially as a multiple– manifests the condition somewhat differently.  A multiple can display a broad range of symptoms (unexplainable phobias, frequent anxiety attacks, etc.) that resemble other diagnoses such as mood disturbances or personality disorders.

For Real or For Show:

Interestingly, there are still myths and overgeneralizations about DID concocted by the media.  Are the many popular films and series’ about the topic of DID “for real” or “for show?”

1.  The Three Faces of Eve was followed by Sybil, a 1976 made-for-television miniseries based on the book of the same name, starring Sally Field as a timid graduate student suffering from DID.  The striking difference between Eve and Sybil was the number of identities the two women exhibited.  While Eve had just one more than Dr. Jekyll, Sybil had as many as thirteen personalities.  Is this consistent with what we know about the disorder? For Real:  Donald C. Goff, an instructor in Harvard University’s department of psychiatry found that the average number of identities of past to recent cases had increased from three to twelve.

2.  In the films, Raising Cain (1992), Fight Club (1999) and Secret Window (2004), the main character develops an identity to fulfil the darkest of desires and criminal impulses, a Mr. Hyde.  Is this based on fact, or is its purpose mainly fiction?

For Show:  This is fiction.  Not all multiples develop maniacal alters, most of them do not.  Further, the development of DID is most often associated with childhood abuse which splits the person’s identity.  The new alter, essentially, holds onto the traumatic memories for the person, which then protects them from the unimaginable suffering that occurred.

3.  All the TV shows and films mentioned have characters that “switch” to their distinctive emotional alters.  One alter is the fun loving person and then they switch to the brooding self-deprecating outcast.  Are DID identities like this in reality?

For Show:  Not all alters have such limiting traits.  Many have as much of an emotional range as any other person.  They are distinct in that they all have certain goals, talents, and aspirations, but they are not cardboard cut-outs or simplistic caricatures.

4.  Eve had two alters, both of which were women of the same age.  Tara, from United States of Tara, also had a female alter.  But she also had teenage and male alters.  Is the use of alters of different ages and genders simply the media attempting to spice up the story for ratings, or is this accurate? Buck, one of Tara’s alters, shows how manly he is by cleaning his gun

For Real: The American Psychiatric Association, the National Institute of Mental Health, the Handbook of Psychology (Vol. 8), and a number of studies agree that, yes, alters can be of different ages and genders.

Of course we might expect minor deviations from the reality of DID to what we may see in film or on television.  But sometimes the discrepancies can be frankly glaring.  Back in 2000, Jim Carrey starred in the comedy Me, Myself, and Irene.  His character Charlie, suffering from DID, develops a violent identity named Hank.  Okay, we’ve seen this before, the repressed dark side manifesting as an alter.  But then other characters refer to Charlie as “schizo.”  Yes, schizo, even though schizophrenia is very different from DID.  Still, many people continue to confuse the two.  But then, Charlie is diagnosed as having “involuntary schizoid personality disorder with narcissistic tendencies.”  This, of course, is little more than psychobabble at its worst. Hank, Charlie’s hotheaded identity, dunks the head of a little girl who has wronged him

In a world that worships the silver screen, it may be difficult separating fact from fiction.  This may be particularly challenging in the case of DID because the disorder itself is, in reality, rather fascinating and dramatic.  Knowing where the reality of the diagnosis ends and fiction begins may elude the less savvy consumer.So some television shows and films accurately portrays DID while others do not, and some fall somewhere in between.  Some, such as Sybil and United States of Tara allow us to understand certain difficulties that go along with the condition, while others, such as Me, Myself, and Irene, distort the reality of the disorder into an unrecognizable schmorgesborg of mental illness.

As always, viewer beware.  The media, being of different minds on the topic, may be wrestling with its own case of identity disorder.