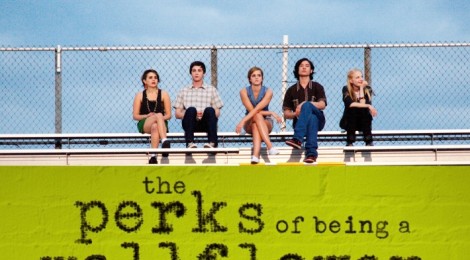 Film Review: “The Perks of Being a Wallflower”

srependa / April 5, 2013 / Comments Off on Film Review: “The Perks of Being a Wallflower” / Events, Film Review, News

At first glance it would seem Stephen Chbosky’s adaptation of his book, The Perks of Being a Wallflower, is just another coming-of-age story, where teenage angst and the need for exploration and growth dominate.   But within the first few scenes the movie’s protagonist and wallflower, Charlie (Logan Lerman), quickly captures our attention with his sincere insecurities around becoming a high school freshman and his as-yet undisclosed family issues.

Set in the suburbs of Pittsburgh during the 1990s, the movie follows Charlie as he navigates his junior year in high school and his struggle with depression.

As the story and characters develop, the audience is quickly propelled into the inner workings of teenage life.  Along the way Charlie meets friends that help him, who are dealing with their own demons and who challenge him in a way his family can’t.  The plot focuses mainly on the teenagers, yet we get a glimpse into the role of parent or sibling dealing with a dysfunctional family member, and the challenge of balancing helpfulness with not pushing the child too far. Although the entire story is compelling, it is in the latter half of the film that things really come together.  On the surface, the story is a simple account of the difficulties being a teenage introvert, but much darker themes are revealed as we come to understand that the film is more about mental health.

Charlie’s parents played by Dylan McDermott and Kate Walsh are well mannered and distant, so much so that they remain nameless throughout.  Other than his childhood relationship with his Aunt Helen, with whom he shared a special bond, his relationship with his older sister Candace (Nina Dobrev), a popular kid at school, represents one of his only true family connections.

Charlie is a sensitive, quiet, introverted boy who is hiding a deep sadness.  His somber and tentative character is emphasized through the tone of Lerman’s narration.  The dark quality to Charlie’s character leaves the audience with a sense of doubt around his emotional state.

It is not until Charlie is befriended by two seniors, Sam (Emma Watson) and Patrick (Ezra Miller) her stepbrother, that the audience is exposed to his true internal state.  Charlie’s acceptance into Sam and Patrick’s group of friends, the ‘island of misfit toys,’ comes with the unintended disclosure of his best and only friend’s suicide the previous year.  The confession puts him in a different light, bringing about his acceptance into their inner circle of misfits.

Throughout, Chbosky beautifully captures subtle emotions and interactions.  A pivotal moment in the film finally shows a glimpse into the inner turmoil faced by Sam, who is normally guarded by her false bravado.

A tunnel ride in a pickup truck with David Bowie’s “Heros” playing on the stereo beautifully captures the innocence of youth, friendship and teenage solidarity, perhaps the most memorable scene captured by Chbosky. Using the common experience of high school as the context, Chbosky creates a complex set of characters that makes this movie a unique story, one worth watching.  Although there are re-current themes of depression and loss compounded by teenage angst, each character deals with personal issues differently, adding substance.

Whether Chbosky intended it or not, the film leaves us reflecting on life.  Some questions remain unaddressed, but we are left with a sense of connection to the characters and satisfaction with the experience.