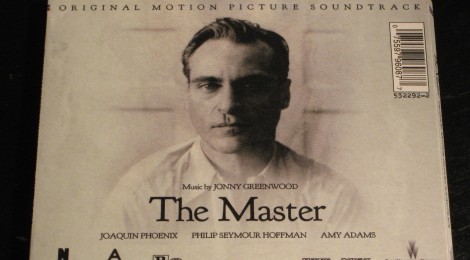 After an honourable discharge from the Navy, the frail and hunched Quell spends his days drinking homemade hooch on the beach with other retired soldiers.  Upon Quell’s return home to America, civilian life proves problematic until he meets Dodd, who becomes his mentor and only friend.

There is something uneasy and awkward about Quell that separates him from his fellow veterans.  Engaging in antics such as mimicking sex with sand sculptures, the other vets awkwardly smile as Quell takes the joke too far, instilling a sense of discomfort in the viewer, a feeling of unease that is consistent throughout. The film takes place during the post World War II boom, and while so many are thriving, Quell (through no one’s fault but his own) can’t seem to get ahead.  After the war he is shipped back to America, where he gets a job as a department store photographer, which he loses along with several others as a result of his reckless behaviour.  This string of losses leads the belligerent Quell to sneak aboard a bright and glamorous boat shipping off from the local pier.  He meets and is befriended by the eccentric cult leader Lancaster Dodd.

It is here that that the movie’s fairly weak plot finally takes off.  But, from here the only apparent point of the film seems to be the relationship between Dodd and Quell.

Dodd is a charismatic pseudo-intellectual, travelling the world with a group of his loyal followers, called “The Cause.”  His claims include the idea that human spirits have existed throughout all of time, occupying different organisms including humans as vessels, and that the earth is trillions of years old.  Dodd also claims he is able to cure people of psychological trauma and chronic diseases such as leukemia, using a technique similar to hypnosis called “Formal Processing.” Although there is never any mention of it, Dodd and “The Cause” draw parallels to L. Ron Hubbard and Scientology.  The time frame, the bizarre claims of the cult, the physical resemblance of the leaders and the similarities between their healing processes, Dianetics and “Formal Processing” align closely with Scientology’s historical beginnings.

In addition to his other problems, Quell is also an intolerable alcoholic, whose short fuse and contempt toward those more successful than him make developing any sort of relationship seemingly impossible.  The more Quell is rejected the angrier he becomes, turning his life into a cycle of failed relationships.  When all hope is lost however, Quell finds his place within “The Cause.”

Quell becomes more than just another one of Dodd’s followers.  The charismatic leader takes a liking to Quell, inviting Quell to travel with him, and using him to demonstrate healing techniques, including one scene where Dodd has Quell walk back and forth across a room and repeatedly describe how the wall feels to the touch.  Not only does the relationship between Dodd and Quell perplex the viewer, but Dodd’s family also struggles with his attraction to such a distasteful person.

Magnificent acting by both Joaquin Phoenix and Phillip Seymour Hoffman make this odd relationship compelling.  In contrast to the healthy-looking pleasant characters Phoenix has taken on in the past, here he appears frail and ugly with a hunchback and unwelcoming snarl that make the viewer uncomfortable.  His counterpart, Phillip Seymour Hoffman, depicts the exuberance and charisma one would expect a cult leader to have.  He plays such superficial perfection the viewer knows there must be a hidden dark side. The film nicely depicts cult mentality and hostility toward objective inquiry.  In one brilliant scene, a party-goer questions Dodd’s obscure claims, accusing “The Cause” of being a cult, citing scientific literature to support the point.  In a moment we may have been waiting for, we see the wrinkle in Dodd’s calm collected personality, as he violently loses his temper and verbally attacks the inquisitive party-goer.

Dodd’s family eventually becomes puzzled by his and Quell’s relationship and begin to express dislike and distrust of Quell; however, Dodd convinces them not to give up on him.  Perhaps Quell is just an experiment of Dodd’s or perhaps their opposing personalities complete each other, his fascination with Quell never becomes all that clear.

An unlikely story of an intolerable World War II vet and his mentor, several scenes illustrate Hoffman’s and Phoenix’s on-screen chemistry and stellar acting.  But overall, the movie seems to lack a clear point.  Despite its moments, the film is awkward and uncomfortable to watch due to the dry dialog, dull colours, and a generally anti-climactic story line.

Still, the film does possess compelling character depiction and acting which may appeal to those who are fans of dark independent movies.