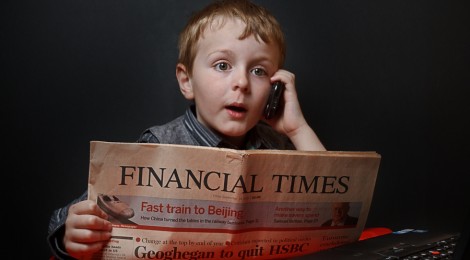 srependa / June 7, 2013 / Comments Off on When Enough is Enough: Adult Entitled Dependence / Interviews

In today’s economic climate, the journey toward independence is a complicated one for many young adults.  Difficulty securing a job and the high costs of living mean longer dependency of adult children on parents.  While this can be viewed as a positive experience if it results in eventual independence, some find it challenging for the adult child and the family.

The Trauma and Mental Health Report had the opportunity to interview Haim Omer, a professor in the school of psychological sciences at Tel Aviv University about Adult Entitled Dependence and lessons learned from Gandhi and Martin Luther King, lessons that can be applied to this challenging mental health problem.

A:  It is a phenomenon where adults remain dependent on their parents in exaggerated ways that hinder their development and normal functioning.  The dependency of the adult child creates distress and negative dynamics between them and their parents

Essentially, we are talking about adults who remain in their parents’ house and don’t work or study toward something that can lead to their independence in the future.

Q:  Is it a failure to launch?

A:  It’s similar to this, but AED has more negative aspects to it.  It is complete dependence of the adult child on the parents that fosters the belief that they are unable to do things independently.  The adult child may blame their parents for their lack of independence and demand they do things, such as preparing food or doing laundry, with the belief that it is the parents’ responsibility to provide for the child. Q:  When is it still considered okay to live with one’s parents?

A:  The fact that an adult is living with her parents is not negative in its own right.  The problem arises when there’s a lack of functioning on the part of the adult child, when the adult child sees living at home as a way to help them to live comfortably without dealing with life’s challenges.  With time, the adult becomes unable to deal with things on her own.

Q:  Are there other mental health issues that are associated with this phenomenon?

A:  AED is often accompanied by social or performance anxiety, depression, obsessive compulsive disorder, or computer addiction.  It is also very common for adult dependents to reverse day and night.  It is sometimes associated with adults who have very high expectations of their right profession and anything that is below those expectations is simply unacceptable.  The discrepancy between their expectations and reality contributes to AED.

Q:  Does AED originate with the adult child’s difficulty becoming independent or with the parents’ refusal to let go?

A:  Many times the parents are very compassionate and sympathize with their child’s every display of discomfort.  The problem here, however does not usually lie in dependence needs of the parents.  In the majority of the cases, when the parents are able to stop providing these services, the quality of life greatly improves for the parent.  The child is dependent on the parent, not the other way around.

Q:  Is the adult child incapable of independence or are they essentially unwilling?

The majority of people are willing to deal with challenges and hardships when there is a necessity to do so.  But if they don’t need to, most people prefer not to deal with hardships.

Q:  What can be done to help in such situation?

A:  We work with parents to help them understand that a situation of lack of necessity hurts both them and their child.  We help parents create the necessity in the child even though they could potentially do it for them, with the understanding that supplying the needs of the child in this absolute manner only harms the development of the adult child.

We don’t assume that parents who have an adult child who has fortified himself in their house are able to start this process alone.  Parents need social support and we help build that support group of family and friends.  The social support is necessary because keeping the issue secret makes parents much more vulnerable to the demands of their adult child and their own disproportional compassion that makes them give without end.

A:  NVR stands for Nonviolent Resistance.  It’s the method we’ve developed for parental guidance based on the social and political principles of Gandhi and Martin Luther King.  We created a complete protocol of parent guidance regarding how they can deal with the harmful, destructive, violent, and dependent behaviours of their children.  This can be applied to adult children as well as teenagers. We guide the parents to be present in the lives of their children in a constructive way, by being a positive authority and resisting the negative patterns.  They are not just kicking their children out; instead, they resist the processes of dependency, dysfunction, and violence.

Q:  Is the intervention successful?

A:  We have a great amount of research and clinical experience that show we are able to significantly reduce symptomatology, dysfunction, and parental helplessness and depression with adolescents.  In addition, we published a study that followed 27 adults with entitled dependence and in all cases we were able to bring about a drastic decline in violence and demands exhibited by the child.  This also led to a dramatic reduction in the amount of services parents provided.