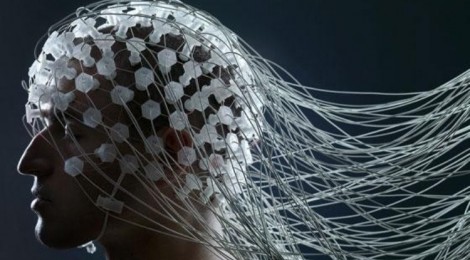 Clinical psychologists have a long tradition of attempting to understand what is “on the mind” of their clients by use of psychological tests.  The Wechsler Adult Intelligence Scales, for example, have been used for decades to assess intelligence levels.  And other empirically valid psychometric measures are commonly used to understand patient mood or personality functioning.

To this point, direct examination of brain activity as a window into the client’s mind has remained elusive.  But advances in the field of brain examination using electroencephalographs (EEGs) may be changing all that.

The first EEG was developed in the 1920’s by the German psychiatrist Hans Berger. He developed it to test the biological electricity produced in the brain, and first used it during brain surgery performed in 1924 on a 17-year-old boy.

If the EEG has been around for almost a century, why is it so important now?  Recent technological advancements may soon have a profound impact on how mental health practitioners diagnose mental illness.

Currently, we know that the EEG records activity in the brain through electrodes attached to the scalp.  When neurons (electrical pulses the brain uses to send messages) fire, they produce a small current.  The EEG reads and records this current between 250 and 2000 times a second.  The graphs it makes of these readings are what we know as ‘brain waves.’ The EEG is primarily used to diagnose epilepsy.  As of 2005, 70% of EEG referrals were for epilepsy.  During an epileptic seizure there is a large spike in brain activity that the EEG has little difficulty detecting.  Even then, it is used in conjunction with a clinical examination by a physician, not as the sole means of diagnosis.

The second most common use is to diagnose sleep disorders such as narcolepsy and sleep apnea.  The EEG is effective at reading the brain waves produced during sleep, which show special patterns in those with sleep disorders.

Biomedical engineering professor Hans Hallez of Flanders’ University writes, “During the last two decades, increasing computational power has given researchers the tools to go a step further and try to find the underlying sources which generate [brain waves].  This activity is called EEG source localization.”

Source localization is the technique that tells us which part of the brain is communicating.  With advances in neuroscience and imaging techniques, we know what activities are represented by different parts of the brain.  For example, activity in the primary visual cortex in the occipital lobe is related to vision and activity in special areas of the temporal lobe is associated with speech.

If you know what part of the brain is communicating and what it is responsible for, then you can start to build a picture of what brain waves from different parts of the brain mean.  In theory, this is what some experts consider akin to mindreading.

But the game-changer is this:  Recent developments in the field have led to a portable EEG that is relatively cheap, effective, and requires no human scoring.

Philip Low, who is the founder, CEO, and chief scientific officer of NeuroVigil Inc., developed a complex algorithm in 2007 that allows one electrode to do the work of many.  His company has developed what they have named the iBrain. It uses one wireless electrode sensor the size of a quarter to record brain activity with an app that works on a smartphone.

Low says, “Our vision is that one day people will have access to their brain as routinely and as easily as they currently have to their blood pressure.”  He hopes to code brain wave profiles of those suffering from mental illnesses into a database at NeuroVigil that receives information from iBrain users’ cell phones.  The iBrain 3 is expected to cost around $100 and be available to the public in the next few years. Low isn’t the only one pushing the boundaries of EEG technology using single electrode devices.  Hashem Ashrafiuon, a mechanical engineering professor in Villanova University’s College of Engineering has developed similar technology.  His work is being used in sports helmets that can instantly diagnose concussions by detecting large changes in brain waves that occur immediately after impact.

Ashrafiuon sees many applications for his work.  “It can basically be used to diagnose any health problem that affects brain activity.  We hope to monitor brain health in patients with mild traumatic brain injury, post-traumatic stress disorder, Alzheimer’s disease, mild cognitive impairment, and sleep and circadian disorders.”

Does it sound too simple?  Perhaps.  Diagnosis of mental illness involves a substantial behavioural component.  What the brain looks like may be a far cry from the choices a given individual makes, and how those choices affect later functioning.

Still, there is reason for guarded optimism about the developments in EEG technology.  The portability and improved accuracy will help with the diagnosis of epilepsy and sleep disorders, allowing patients to be comfortable at home and still be monitored.  The more physically and economically accessible it is the better.

In a few years you may be the proud owner of Low’s iBrain 3.  But in all likelihood, it won’t replace mental health practitioners any more than a good toothbrush replaces a dentist.