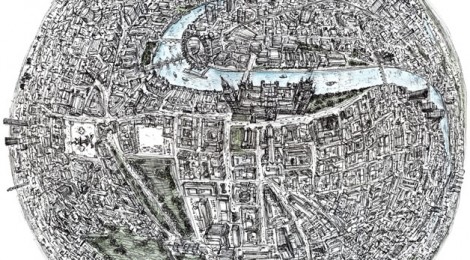 The Globe of London Stephen was diagnosed with autism at a young age, and found that he could communicate through his art. He has a photographic memory, and can use it to reproduce any image he sees. He frequently draws entire cities in 360 degree birds eye view including thousands of buildings, avenues, parks, motorways, sidewalks and its people, chaos and order, traffic and skyscrapers. Stephen only needs one or two brief helicopter rides over the city in order to memorize it.