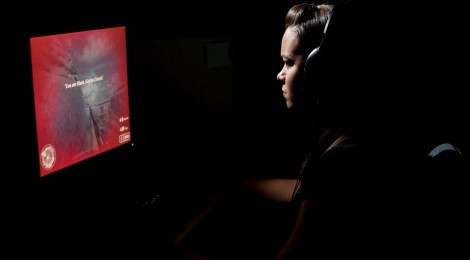 Video Games Rated A for Addictive

Picture if you will, flashing screens, loud noises, focused faces and a crowd gathered to watch high stakes games; games that end only when you run out of money.

This is not a casino.  Those faces are staring at flashing computer screens in an arcade and the high stakes match is actually a video game.

Scenes like this make it possible to view video gaming as an addiction.  Like a gambler endlessly playing slots, the video gamer can spend hours on the vice of choice.

Those who consider gaming as addictive highlight similarities between models of addiction and the behaviour of those who can’t seem to stop playing video games, despite the consequences. What does it mean to be addicted to a video game?  Addiction used to be a term reserved for drug use defined by physical dependency, uncontrollable craving, and increased consumption due to tolerance.  Advances in neuroscience show that these drugs tap into the reward system of the brain resulting in a large release of the neurotransmitter dopamine.  This is a system normally activated when basic reinforcers are applied, like food or sex.  Drugs just do it better.

Gaetano Di Chiara and Assunta Imperato, researchers at the Institute of Experimental Pharmacology and Toxicology at the University of Cagliani, Italy, found that drugs can cause a release of up to ten times the amount of dopamine normally found in the brain’s reward system.  This has led to a shift in how addictions are viewed.  Any physical substance or behaviour that can “hijack” this dopamine reward system may be viewed as addictive.

When can you be sure that the system has been hijacked?  Steve Grant, chief clinical neuroscientist at the National Institute of Drug Abuse, says it happens when there “is continued engagement in self-destructive behaviour despite adverse consequences.”

Video games seem to hijack this reward system very efficiently.  Certainly Nick Yee, author of the Daedelus Project, thinks so.  He explains, “[Video Games] employ well-known behavioral conditioning principles from psychology that reinforce repetitive actions through an elaborate system of scheduled rewards.  In effect, the game rewards players to perform increasingly tedious tasks and seduces the player to ‘play’ industriously.”  Researchers in the UK found biological evidence that playing video games and achieving these rewards results in the release of dopamine.

This same release of the neurotransmitter occurs during activities considered healthy, such as exercise or work.  Since dopamine release is not bad per se, it is not necessarily a problem that video games do the same thing.

In her book, Reality is Broken: Why Games Make Us Better and How They Can Change the World, Jane McGonigal writes, “A game is an opportunity to focus our energy, with relentless optimism, at something we’re good at (or getting better at) and enjoy.  In other words, game-play is the direct emotional opposite of depression.” Playing games can be an easy way to relieve stress and get that satisfaction that comes with dopamine release.

But it is concerning when this search for the dopamine kick becomes preferable to real life, when playing video games replaces activities like socializing with friends and family, exercising, or sleep.  Nutrition may begin to suffer as the gamer picks fast-food over proper meals.  School-work and job performance suffer as gaming turns into an escape from life.  It becomes troubling when video games are used as the main way of coping.

Psychologist Richard Wood says just that in his article Problems with the Concept of Video Game “Addiction”:  Some Case Study Examples.  “It seems that video games can be used as a means of escape…If people cannot deal with their problems, and choose instead to immerse themselves in a game, then surely their gaming behaviour is actually a symptom rather than the specific cause of their problem.”

Regardless, there are some unable to stop despite the consequences.  In rare cases it has actually caused death, through neglect of a child or physical exhaustion.  Excessive video game playing may represent a way of coping with underlying issues.  But it becomes its own problem when the impulse to play just can’t be denied.

Psychiatrist Kimberly Young, Director of the Center for Internet Addiction Recovery argues that “[gaming addiction is] a clinical impulse control disorder, an addiction in the same sense as compulsive gambling.”  Her centre is one of many that are now found in the United States, Canada, the United Kingdom, and China. These clinics treat those with gaming problems using an addiction model.  They use detox, 12-step programs, abstinence training, and other methods common to addiction centres.

Notably, many people play well within healthy limits, and engage in the activity for diverse reasons.  Stress relief, a way to spend time online with friends, or the enjoyment of an interactive storyline are all common reasons for playing.  Whatever the reason for starting, when you can’t stop you have a problem.

We are often critical of labels in mental health, for good reason; they can be misused.  On the other hand, a label can sometimes be helpful.  If we call it an addiction, then we recognize it as a problem worth solving.

If you think you or someone you care about is addicted to video games, check out Online-Gamers Anonymous and The Trauma and Mental Health Report resources to learn more about help that is available to you.