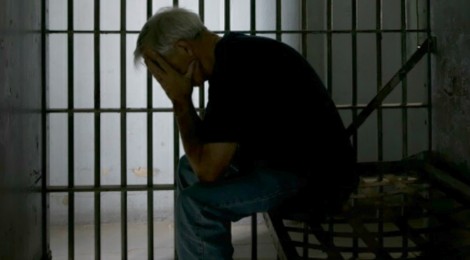 “I thought he must die.  He had no future, nothing good.  I thought I was saving the child.”

Nerlin Sarmiento had expressed disturbing thoughts about her children long before tragedy struck her small family of four.  On many occasions the 32-year-old Edmonton mother had confessed to doctors and family members that she had thoughts of harming herself and her children.

Precautions were taken:  Sarmiento was admitted to hospital several times, prescribed psychiatric medication, discharged, and had her mother move in to help care for the children.

On the morning of February 12th 2013 in Edmonton, Alberta, Sarmiento sent her ten-year-old daughter to school, then forced her seven-year-old son into the bathroom where she held him under water until he stopped breathing.

Sarmiento did not deny murdering her son.  She called the police herself to report the crime.  Her lawyers, however, argued that she should not be held responsible on account of her mental illness that prevented her from appreciating the moral wrongfulness of her actions. Two psychiatrists testified at Sarmiento’s trial.  They explained that she was experiencing a severe depressive episode as part of her previously diagnosed bipolar disorder.  She felt despair so extreme she became convinced she was committing an altruistic act, saving her son from a life of predestined poverty and hardship.

The public outcry against the ruling was reminiscent of the aftermath of the Vincent Li and Guy Turcotte trials; they were found NCR on charges of second-degree murder and first-degree murder respectively.

NCR has been a hot topic featured prominently in the press following several high profile cases, but is often misunderstood.

In Canada, if the court decides that an individual has committed a criminal act (i.e., they are guilty), but lacked the capacity to know that their actions were not only criminally wrong, but also morally wrong at the time, a verdict of not criminally responsible may be given.

Psychiatrist Robert Dickey with Correctional Service Canada and the University of Toronto helped the Trauma & Mental Health Report gain a better understanding of NCR and bust some of the myths surrounding the defense.

Myth 1: Almost anyone can claim they have a mental disorder and use the NCR defense.

Technically, this is true.  But whether or not they would be successful is another story, says Dickey, explaining that if you don’t have a severe mental illness, it is very hard to malinger your way through an NCR assessment and defense.

He further explains that the finding of NCR is based on the exact mental state of the accused at the time of the crime. By the time someone is referred for assessment by the courts, their state of mind may be quite different than it was when the offense was committed.

This is not a matter of being a little depressed, states Dickey. The individual must be so ill that they would not have been able to tell right from wrong, appreciate the wrongfulness of their actions or engage in rational choice when the crime occurred.

Myth 2: The NCR defense is a tactic for offenders to skirt the justice system.

Mostly false, says Dickey.  If an individual does not suffer from a psychotic illness, pure psychopathy or criminality alone is not considered – by the law – to be a disease of the mind severe enough to qualify for a finding of NCR.

If the NCR defense is successful, the individual is remanded to the custody of the Provincial Review Board, where the offender is encouraged to receive treatment. Interestingly, the board itself has no power to order the accused to engage in treatment.

But if an accused does refuse, they are often detained in a secure facility. Dickey explains that with cases of major mental illness and the refusal of treatment, the physician can refer the offender to the Consent and Capacity Review Board.  And the individual may be declared incapable to refuse psychiatric treatment and treated against their will. Myth 3: When a person is found NCR for a crime, they essentially walk free.

False.  The vast majority of offenders found NCR spend a lot more time detained in a secure facility than if they had been found guilty and served a regular prison sentence, Dickey explains. Because the consequences of NCR are more restrictive and more ensuring of treatment, the issue is now more readily raised by the crown (prosecution) than the defense.

After the individual has been remanded to the Provincial Review Board, the forensic psychiatrist will testify as to the necessary level of security needed to manage the offender and their psychiatric care, while still ensuring the safety of the community.

So what’s in store for Nerlin Sarmiento?

Now that her trial has concluded, she has been remanded to the custody of the Alberta Review Board (ARB).  At a hearing within 45 days from the end of her trial, the ARB determines whether she receives an absolute discharge, a conditional discharge or is detained in custody.  The results of Sarmiento’s hearing have yet to be made public.

Like Vincent Li and Guy Turcotte, it is almost certain that Sarmiento will be remanded to a secure mental health facility.  Her case will then be reviewed annually to examine her mental health status.

How many reviews is unknown.  Unlike a traditional prison sentence that has a start and end date, it is possible that Sarmiento will be detained indefinitely.

← Going Forward with Life
Love is all you need →