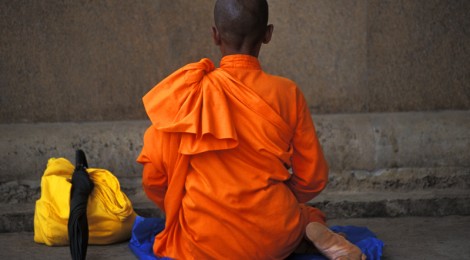 Mark Epstein, a psychiatrist and Professor of Psychotherapy and Psychoanalysis at New York University, became involved with Buddhism when he was a Harvard undergraduate.  Over the past 20 years, he has written five books about Buddhism, eastern spirituality and psychotherapy.

It’s not surprising that Epstein’s sixth book turns to trauma.  The First Noble Truth of Buddhism, after all, is the principle of dukkha or suffering.  This dukka, as the author explains, manifests itself in a range of spiritual, psychological, and physical woes.  It is not necessarily acute and extraordinary, as we often think of the trauma that causes Posttraumatic Stress Disorder (PTSD).

Epstein points out that dukka is an inherent part of being human and warrants the everyday connotations implied by the title of his book, “The word, generally translated as ‘suffering’ but carrying the literal meaning of ‘hard to face,’ was the Buddha’s emphatic summary of the entire human predicament . . . . Indeed, just being a person in this world brings suffering because of how insignificant we feel and how impermanent we are.” In The Trauma of Everyday Life, Epstein explores how the “hard to face” permeates our lives and the relevant wisdom he sees coming from the tales or teachings of Siddhartha Gautama (the Buddha).  Often, the chapters use common psychological terms to frame the symptoms of trauma (e.g., “Dissociation”), as well as the tools available to combat them (e.g., The Way Out Is Through, Feelings Matter, A Relational Home).  If this were a conventional collection of essays on the topic, one would expect these sections to be penned by such diverse experts as prolonged exposure therapist Edna B. Foa or somatic theorist Bessel van der Kolk.

But neither Foa, van der Kolk, nor a score of other trauma experts make the cut.  Pediatrician and psychoanalyst Donald Winnicott, on the other hand, is frequently referred to, because of his work on developmental trauma, an attachment disorder Epstein views at the heart of much suffering.

Epstein, for the most part, seems uninterested in current scholars or therapists who do not easily integrate into his psychodynamic/Buddhist paradigm.  Instead, the author constructs his book as an exploration and integration of thematic aspects of the Buddha’s development and subsequent path to enlightenment.

If this all sounds more theological than psychological, it’s because it is.  The Trauma of Everyday Life is a misleading title.  It is something like a publishing sin of omission not to disclose the bias in a book’s point-of-view.  The disclosure was there, for example, in Epstein’s most recent work, Psychotherapy Without the Self:A Buddhist Perspective.  By not declaring itself, The Trauma of Everyday Life markets to the reader as the practical guide to the subject (one penned by a doctor, no less).  Expecting practical psychology, the reader may be confused by the book’s theo-psychological single-mindedness.

The book sometimes falls prey to seemingly glib lines, such as: “The key, taught the Buddha, lies in not taking trauma personally.”  In other passages, Epstein’s passion for his subject manifests itself in a sermonizing tone.  Here, dogma overtakes objectivity, and the doctor asserts unverifiable statements, such as, “The Buddha was very smart about the mind.  Psychiatrists and brain scientists today are just catching up to him.” Still, there is a faith-based comfort and richness in The Trauma of Everyday Life.  At its best, its style is less often preachy than plain spoken.  And when Epstein turns away from the Buddha, to relating (too short) vignettes about his clients and his family, the writer finds secular moments of being.  To me, these sections resonate nearly as much as the longer narratives about Siddhartha Gautama.

Throughout, Epstein stresses mindfulness and other means for finding an authentic way to relate to suffering and to transcend the loss, self-loathing, and isolation in our lives.  In doing so, he makes me think that Eastern spirituality may find intersections as much with existentialism (or Louis C.K. riffs on how smart phones prevent us from experiencing mundane melancholy) as with psychoanalysis.  But a greater expansion of how Epstein juggles his religion with his profession, an eclectic therapy, no doubt, would have been a welcome addition to this book.