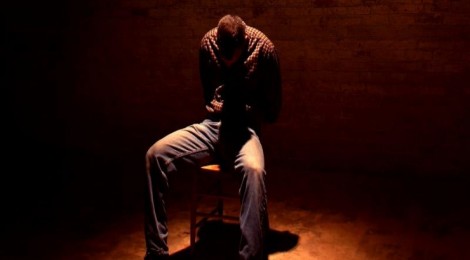 Between 2002 and 2004, 16-year-old Amanda Berry, 21-year-old Michelle Knight, and 14-year-old Georgina DeJesus were abducted from the streets of Cleveland, Ohio. They were lured into the home of Ariel Castro where they spent the next 11 years in captivity.

Often kept in restraints and locked rooms, the women regularly had their lives threatened to deter any plans of escape.  They were given little food or the opportunity to bathe. Sexual abuse led to Knight being impregnated several times, only to be beaten and starved in order to force miscarriage.  It wasn’t until May 2013 that the women were finally rescued and Castro arrested.

Other cases popularized by the media include that of Elizabeth Smart, held captive for 9 months, and Jaycee Dugard who was held captive for 18 years. These victims are now free, but living with the emotional aftermath. In a 2000 study by the Department of Neurological and Psychiatric Sciences at the University of Padova, interviews with kidnap victims showed common after-effects of abduction including vivid flashbacks of the events, nightmares, and feelings of depression, all common symptoms of Post-Traumatic Stress Disorder.  Hypervigilance was also reported, where individuals anticipated danger and frequently felt guarded, leading to trouble sleeping, eating, and social withdrawal due to difficulty trusting others.

Mental health professors David A. Alexander and Susan Klein, from the Aberdeen Centre for Trauma Research in the UK also add that some victims end up “shutting off’ their emotions or denying that they even experienced a traumatic event, which may stem from a desire to avoid anything that reminds them of their trauma.

How does someone this traumatized even begin to recover?  Clinicians who work with these victims help them find opportunities to make their own decisions, to slowly understand that they are no longer powerless.

Clinical psychologist Rebecca Bailey, therapist to Jaycee Dugard, is the author of:  Safe Kids, Smart Parents: What Parents Need to Know to Keep Their Children Safe.  In an interview with the Trauma and Mental Health Report, Bailey explained:  Number one is helping victims find their voice.  When you’ve been kidnapped, so much of your world is about having choices made for you…From day one you have to give them choices for everything, Do you want a glass of milk, or do you want a glass of water? Things like that.

Another important aspect to recovery is the role of the family.  It is through a strong connection with the family that the victim can feel safe, comforted, and empowered.  Bailey mentions “tribal meetings” with families soon after rescue to reunify both parties and create a support system. Through these family systems, further recovery is possible.

Specific therapeutic approaches for victim recovery really depend on the individual.  In some cases Cognitive Behavioural Therapy can be used, in other cases experiential therapy or a more psychodynamic approach can be implemented.  Common techniques used in therapy with kidnapping victims are role-playing, therapeutic pets, music, or even walking through the wilderness in an attempt to trigger underlying feelings that must be dealt with.

Often, different therapies are combined to see which works best for the individual. Bailey reminds, however, that client interaction with the therapist also has a large impact on recovery. Bailey: The most important thing is for the therapist to be mindful, authentic, and purposeful. Counterproductive would be having a therapist who says very little.  This could almost reinjure [the victim] because they need a certain amount of modelling as well.

Modelling how to have an authentic healthy relationship –after the abusive one they had with their abductor– is crucial to helping the victim integrate aspects of normal everyday life.

Still, even with proper therapy and a strong support system, the trauma of being abducted and held captive for years is unlikely to be erased.  In the case of the young women in Cleveland, along with many others, the journey to recovery has been a challenging one, but one that has been described as worth taking:

“I may have been through hell and back, but I am strong enough to walk through hell with a smile on my face and my head held high,” says Michelle Knight in a YouTube video addressed to the public.  “I will not let the situation define who I am.  I will define the situation.