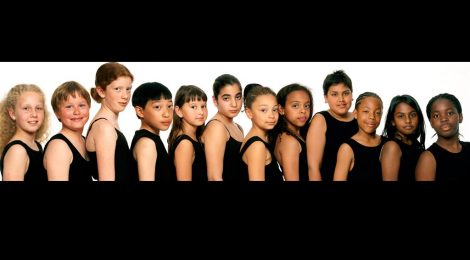 “Cover up your arms before you leave.”

Growing up, I heard this refrain a lot. But not out of fear of harmful sun, or out of concern that my clothes were too revealing. Rather, my parents were trying to prevent me from getting darker.

I am a second generation Canadian. My parents were born in Jaffna, Sri Lanka, and immigrated to Canada over 30 years ago. Almost immediately we were subject to a hierarchy of skin tone, a hierarchy rooted in colonialism that links whiteness to power and serves as a breeding ground for something called shadeism.

Shadeism is prejudice based on skin colour; it is predominantly seen as an intra-racial (within race) issue, based on one’s degree of skin tone or shade, rather than categories like “black” or “white.”

The issue has been in the news recently with the launch of a social media campaign called “Unfair and Lovely,” a photo series featuring images of two South Asian sisters named Mirusha and Yanusha Yogarajah. In an interview with the BBC, Unfair and Lovely creator Pax Jones—a black student from the University of Texas—explains that the driving force behind the movement is to challenge shadeist beliefs:

“Our goal was to combat colourism and the under-representation of people of colour in the media. We were trying to challenge the way colourism permeates our lives.”

The name “Unfair and Lovely” is a take on the popular skin lightening cream Fair and Lovely. The movement calls on darker-skinned individuals to post images of themselves on social media using the hashtag #unfairandlovely. There are nearly 13,000 posts on Instagram citing the hashtag, and users have been sharing images along with descriptions of their personal experiences confronting shadeism.

During an interview with the BBC, one of the sisters Mirusha from the original photo series discussed her experiences with shadeism:

“In college, I was abused by a South Asian person who had lighter skin. And someone once threw a bleach balloon at me. At the time, it was really hard for me to see myself as valuable. It is difficult to understand why people will dehumanise you for the way you look. I felt very vulnerable.”

As a person of colour, it can be psychologically damaging to live with social stigma around having a darker complexion. The idea of darker skin being considered less beautiful and linked to lower status can result in lower self-esteem and feelings of inferiority. In my life, the influence of shadeism has not been limited to preventing dark skin. When I was younger, I also tried lightening my skin. With creams like Fair and Lovely, or home remedies like rubbing lime juice on my arms and face, I was in a constant battle with my skin.

When I was introduced to Tamil movies in my preteens, I was confused by the depictions of so-called Sri Lankan, Tamil-speaking women. Expecting to finally see people who looked like me, I saw only light-skinned women.

The lack of dark-skinned representation is not limited to film and television. It also has a place in activist communities addressing race issues. Yogarajah explained how she and her sister decided to participate in the Unfair and Lovely campaign because of a lack of representation in advocacy circles:

“Pax asked us to take part after noticing that even many of the advocates/activists addressing racism in the black community who had a large following had light skin. We discussed it, and I noticed the same thing in the South Asian community: activists and advocates with a large audience against racism, sexism, fat-phobia, etc., usually were lighter skinned. So this photo shoot occurred, and then we created a hashtag.”

Experiences with shadeism are wide-ranging from micro-aggressions and subtle jokes among family, to incidents like the abuse faced by Mirusha in college. Campaigns like Unfair and Lovely raise awareness.

← Lessons Across Time
The Healing Power of Poetry →