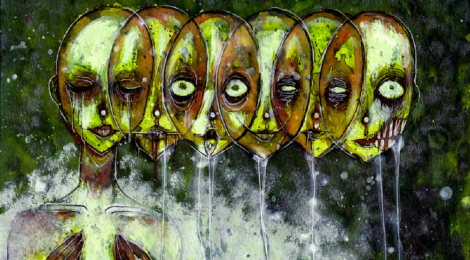 The Making of a Murderer

In 1993, when Robert Thompson and Jon Venables from Liverpool, England were both 10 years of age, they killed a two-year-old boy. Thompson and Venables kidnapped the victim from a shopping centre, tortured him, and left him to die.

Stories like these raise many questions. Chief among them, how does something like this happen at all? Was it the result of bad parenting? The community certainly thought so, viewing the boys’ upbringing as the cause.

The trial had exposed evidence of domestic problems in both families. The judge stated that Thompson’s and Venable’s parents must take moral responsibility for their children’s actions. So members of the Thompson family had to assume new identities and go into hiding. They moved nine times to escape verbal and physical attacks. The Venables experienced similar threats.

In a recent interview with CNN, family therapist Tricia Ferrara put the onus on parents to understand when their child is in trouble. She said:

“All parents need a better understanding of child development so we can detect when the signals show a child may be moving in an anti-social direction.” And a study conducted on the Columbine shootings, where two teenagers killed 12 students and a teacher at Columbine High School in Denver, suggested that the community saw parents as partly accountable for the murders.

There’s no doubt that parenting plays an enormous role in child development. Research has found that abuse, negative parenting, and prolonged malnutrition are linked to a proclivity toward physical violence.

But, there is also important research pointing to the role biology plays in predisposing some individuals to psychopathy, including violence. The BBC reported that neuroscientist Adrian Raine discovered a decrease in activity of the pre-frontal cortex in the brains of murderers, suggesting a genetic predisposition.

And, research by Elizabeth Cauffman and colleagues from the University of California found that good parenting doesn’t always lead to the outcomes we imagine. In fact, anti-social encouragement by a romantic partner was correlated with the highest level of offending in youth, even when warm relationships endured with parents.

In a TVO documentary Genetic Me, professor Daniel Nettle claimed that personality is stable throughout a person’s life. Individuals have tendencies for some things and not others. Nettle suggests that people are born with predispositions for certain personality traits. He adds, though, that the environment has some effect on bringing out theses inclinations, and that people can fight against them.

NPR reported that there are additional factors that play into a person’s development, perhaps explaining why not all children raised by the same parents are violent. Children in the same families have distinct personalities and varied interests that elicit different parenting. Plus, children experience independent social environments outside the home. Perhaps the complexity of the matter is described best by neurobiologist James Fallon, who studies the brains of psychopathic killers. He explained in a TED Talk that an interaction occurs between environment and genetics. When presented with a particular brain image, he noted it was clearly a psychopath’s brain. What was most shocking—it was his own brain. Fallon, though, is not a killer, and had a happy upbringing. But, he has a family history of homicide. The first documented murder of a mother by a son was committed by a member of his family, several generations back.

Fallon said that, although some individuals, mostly male, have genes or brain damage that make them more susceptible to becoming murderers, their childhood experiences can make all the difference. For instance, the MAOA gene in particular can give rise to a violent individual if the gene is combined with experiences of brutality.

Where do murderers come from? Like all the big questions in mental health, an either-or perspective leaves little room for complexity. In the great genetics versus environment debate, the making of murderers—indeed, the making of us—requires that we look somewhere in-between.