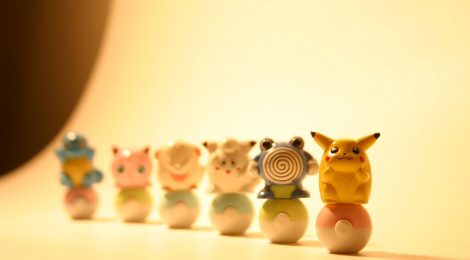 Pokémon GO a Promising Tool for Children with Autism

Released in July 2016, interactive video game Pokémon GO was a huge hit with adults, even though the brand was largely associated with children. Countless people became hooked on this virtual reality smartphone app where players attempt to catch simulated Pokémon characters in real-world settings.

What many don’t know is that Pokémon creator Satoshi Tajiri is on the autism spectrum. His experience with Autism Spectrum Disorder (ASD) served as motivation to create the Pokémon franchise. He aimed to bring joy to children while cultivating their curiosity. Fittingly, the structure of games like Pokémon GO may help relieve some autism symptoms.

Autism Speaks, an organization that researches autism, describes people with the disorder as displaying characteristics, including “…difficulties in social interaction, verbal and nonverbal communication and repetitive behaviors.” In Pokémon GO, players are encouraged to ‘GO’ out into the world and explore their community to build up and strengthen their collection of Pokémon characters. This goal results in social interactions between players who are drawn to the same areas by in-game objectives on the augmented reality map. The game enhances reality by overlaying objects on the screen when players point their phone’s camera. As a result, players see aspects of the game as if they exist in their surroundings.

Positive effects of using digital media to aid those with autism have been well documented. Clinician Bill Ferguson, who researches and works with children who have autism, has found that:

“Children…with ASD have unique opportunities to capitalize on… video games as a resource to develop desired social behaviors and life skills and to increase their physical activity.”

The study, which featured the use of Nintendo Wii games, discovered that video games can also help with learning, motivation, and organization. These skills are particularly important for those with autism, who may have difficulty developing them through conventional means.

Pokémon GO features an organization system, as well as a system of progression and rewards, that players use to sort and track their progress in the game. These systems can allow children with autism to develop their learning abilities and organizational skills.

Sally Ozonoff, a professor at the University of California Davis, performed a study of standardized testing in children with autism and determined that performance was higher when the test was performed on a computer than on paper. There may be real benefits to using digital media over traditional paper-and-pencil formats.

Too much video-game playing, however, can lead to difficulties. Research by Micah Mazurek and Christopher Engelhardt found links between problematic video game use and inattention and oppositional behavior. challenging for those with autism, who may be particularly vulnerable to video game addiction. Still, there are reported instances of young children with autism showing increased social interaction by playing Pokémon GO. In an interview with CNN, Stephanie Barnhill described her 12-year-old son’s experience with the game. She told reporters that:

“He’s willingly starting to go out and going to Pokéstops [Landmarks in the video game], get Pokéballs, and catch creatures, whereas he didn’t have the interest to go outside before. He’s not a go-outside-and-play kind of kid. But this game has enabled him to want to reach out to people and strike up conversations about creatures that they’ve caught.”

Although in early development, augmented reality games and systems like Pokémon GO may be a promising tool as a supplement to traditional treatment.

← Rain
The Making of a Murderer →