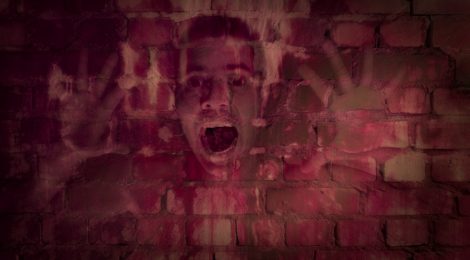 New evidence that ketamine, an anesthetic medication, might be effective in treating depression is leading to increased research on the drug. What’s significant is the rapid relief in symptoms seen in some patients. After just one dose of ketamine, their depression can decline within three days, much quicker than with conventional anti-depressants.

This finding is particularly meaningful for people at risk for suicide. Ketamine may provide an option for physicians to quickly treat acutely suicidal patients by creating a window of opportunity to begin long-term behavioural and pharmacological therapies. If a patient’s symptoms are relieved even for a short time, it may be long enough to intervene.

Recent excitement also surfaced when researchers from New York’s Mount Sinai School of Medicine demonstrated the drug’s ability to alleviate treatment resistant depression (TRD). TRD occurs when feelings of intense sadness, loss of energy, and inability to experience pleasure persist even after multiple attempts at treatment. In the study, a shocking nine out of 10 patients with TRD experienced significantly reduced symptoms after their first dose of ketamine.

Despite this finding, questions remain about the drug’s long-term efficacy, as well as its side effects. Anthony (name changed) has first-hand experience with ketamine to treat TRD. In a Reddit thread and interview with the Trauma and Mental Health Report, he explained that, prior to receiving ketamine treatment, he had tried numerous anti-depressants. After spending weeks or months on each drug to no avail, his doctor would switch him to a new drug in hopes of finding one that worked, but nothing did. Anthony began researching alternative treatments himself. He explained:

“When you try so many drugs—SSRIs, SNRIs, TCAS, antipsychotics, lithium, depakote—you are pretty open to anything that will help.”

He discovered ketamine and was enticed by the prospect of its therapeutic benefits:

“Before ketamine, I was in a hole. This was as depressed as I had ever been. I was suicidal. I called my mom and dad. They rescued me, letting me live in their basement. There, I began researching ketamine until I knew almost every study. I convinced my doctor to let me try it.”

But ketamine is only approved for use as an anesthetic by the U.S. Food and Drug Administration (FDA). This provision means that any patient who receives ketamine treatment for depression must have it prescribed as an “off-label” treatment. In other words, the doctor prescribes the drug for a non-FDA-approved use.

Choosing to participate in an unapproved treatment may expose a patient to more risks than they are aware of. FDA approval for ketamine use in anesthesia indicates that one time treatments are not harmful, but it is uncertain whether repeated treatments are safe. And, the long-term effects are not known.

Not surprisingly, the off-label prescription of ketamine has been criticized. A study by Melvyn Zhang at the Institute of Mental Health in Singapore and colleagues cited multiple problems with ketamine treatment for depression. A major criticism was that current information is based on inadequately short periods of observation. These observations indicate depression relapse rates as high as 73% one month after treatment ends.

Nevertheless, after deciding he was scared, but prepared to do anything to overcome his depression, Anthony began intravenous (IV) ketamine treatment in his doctor’s office:

“[When taking the drug] I feel completely disconnected from my body. I cannot move. I feel partly elated, and partly terrified. Reality becomes distant. I have no awareness of my body; only my mind exists. In this space, I can see my own struggle with depression. I recognize in this strange way that the depression isn’t real, not a part of me. I realize that I am surrounded by people who love me. Slowly, I come back to the chair I’m in, back to the doctor’s office. Somehow, I already feel better.”

After his initial treatment, Anthony said that his thoughts of suicide disappeared. He remembers feeling clear-headed, not high or euphoric. He felt normal again. This realization was so profound, he was moved to tears:

“After the initial five treatments, I was having moments when it felt like all my symptoms of depression were gone. But they would always eventually return. I was prescribed a nasal spray about a month after my last IV treatment. That worked for a while.” Unfortunately, these benefits had serious contraindications. Anthony experienced lingering feelings of being disconnected from his body and from reality. Another study investigating ketamine use for TRD found that three out of 10 participants experienced dissociative symptoms from the drug.

These side effects have yet to be fully understood. Although Anthony believes that the treatment saved him, it also opened the door for other mental-health problems:

“Looking back, I would do it over again, as ketamine literally pulled me from suicidal thoughts. But, in my opinion, ketamine opened the door for the feelings of disconnection. And they are a huge struggle for me every day now.”

With alarmingly high post-treatment relapse rates, little knowledge of long-term safety, and worrisome side effects, ketamine has yet to be proven as a lasting treatment for depression.

← Welcome to My Life
Family Secrets →