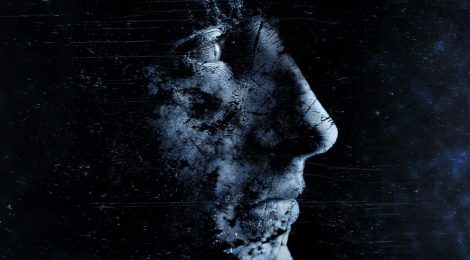 Anatomy of Violence, a film directed by Deepa Mehta, takes viewers on an emotional journey, illustrating how we create perpetrators of violence against women.

Mehta made the film after hearing about the gang rape of Jyoti Singh in Delhi, India. The BBC news reported that an off-duty driver took his bus for a joyride with five friends. When Jyoti boarded the bus, believing it was on-duty public transportation, the men raped her and beat her with iron bars. She died of the injuries.

According to the BBC, a rape victim cannot be publicly named under Indian law to protect the family from shame. In defiance, Jyoti’s mother Asha Singh stated in a public gathering after the attack:

“I say this in front of you all that her name was Jyoti Singh.”

The significance of her actions cannot be overstated. Jyoti’s mother said she had no shame in being known as the mother of a rape victim—it was the perpetrators who should feel shame.

Jyoti’s death sparked outrage across India, and brought public attention to the false belief that women are to blame when assaulted. Although media coverage focused on the victim, filmmaker Mehta decided to analyse what led the men to do what they did.

In an interview with The Reel, Mehta explains:

“I was in Delhi when this horrific incident [the rape of Jyoti] took place, and since then, I have been curious about what made or turned these men into brutal animals.” Mehta thinks the rapists were not born monsters, but became that way. In the film, she explores factors contributing to their violent behaviour. She also humanizes the men by portraying their day-to-day lives, similar to the lives of other Indian men. They worked, they cooked, they had families.

This approach was highlighted when she spoke to the CBC about the film:

“I really wanted to humanize [the rapists]. [It] doesn’t excuse what they did, but it helps start a conversation about why these things happen.”

Early in the film, Vikas, one of the perpetrators, is shown hiding under the bed when his uncle enters his room and sexually assaults him. By age eight, Vikas is homeless.

Another character Dinesh grew up in a family where women were treated badly. He always received what he wanted, while his sisters were forced to take care of him and do household chores. In one scene, Dinesh’s sister is reading a book. Dinesh yells that he wants the book. His sister is then threatened by their father with violence if she denies her brother’s request.

Researchers at Georgia State University found similar themes in the backgrounds of men who were self-confessed rapists. The researchers analysed an “ask a rapist” thread on Reddit that posed the question: “Reddit’s had a few threads about sexual assault victims, but are there any redditors from the other side of the story? What were your motivations? Do you regret it?”

“I was an extremely isolated youth who came from a broken home, and my escape was the Internet… Most of the material [internet pornography] was very sexually aggressive towards women.”

Much like the characters in the film, this individual sees his environment as contributing to his violent behavior.

The responses to the Reddit thread also showed themes of: blaming the victim or their biology, expressing hostility toward women, and objectifying women. More than one motivation was typically found to underlie a single rapist’s actions. Similar themes are apparent in Anatomy of Violence, with some dramatic examples of victim blaming. The defense lawyer stated explicitly:

“The girl is to blame as much as the guys. Why was she roaming outside? If my daughter did this, I would burn her alive.”

Not only was Mehta’s focus on the rapists unconventional, so was her decision to film the documentary in an amateurish style. In a conversation with the Trauma and Mental Health Report, the film’s cinematographer Maithili Venkataraman said that the low-budget feel of the film was deliberate. They did not want to distract from the deeper social issues the film was emphasizing.

When speaking with Refinery 29, Mehta emphasizes:

“I wanted it to look very raw. I felt it doesn’t need distractions… it just needed to hit you in the gut.”