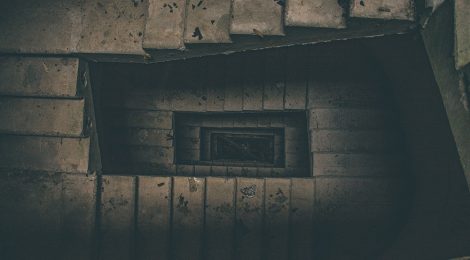 Christa Marie’s poem “Broken Stairs” tells the story of a young girl’s fight with depression. The poem speaks of “monsters in her mind” which can be interpreted as representing her mental illness, her thoughts, and the lies she tells herself. As the monsters take over her life and hope is becoming lost, she finds a set of stairs that, even though they are cracked and old, may be worth climbing. The comforting message behind this beautiful metaphorical poem reminds those suffering from mental illness that “rock bottom is still solid ground”, and to remember that there is a hopeful beam of light at the end of the tunnel.

There was a girl of 16 years

And life became her greatest fear

There were monsters in her mind

And criminals in her dreams

The words they said she began to believe

One by one, they took over her life

She didn’t even know how to fight

She assumed it’s what she deserved

But there wasn’t a single monster she’d earned

She was falling apart at the seams

If only the monsters would let her free

She was locked in her own mind

Without a single key to find

She was locked in with the monster’s lies

Her hope and joy began to die

Until she’d given up on her own life

She hit rock bottom and thought it was over

That she had lost the fight forever

But it turns out that rock bottom is still solid ground

And there’s a set of stairs that she found

They are cracked with broken parts

And sometimes they try to fall apart

But she figured they were worth a try

Because, just maybe, they’d save her life

So she began to climb, step by step

And although sometimes she’d fall or trip

She always began to climb again

Trying to make it to the top

She promised herself that she’d never stop

And the sun shone brighter the higher she got

Drowning out the monster’s lies

With a bright and hopeful beam of light

And she’s finally learning how to fight

She hasn’t quite reached the top

But the monsters don’t still have her locked

So she will get there soon enough

Because, no matter what, she isn’t giving up.

Take a look on Amazon