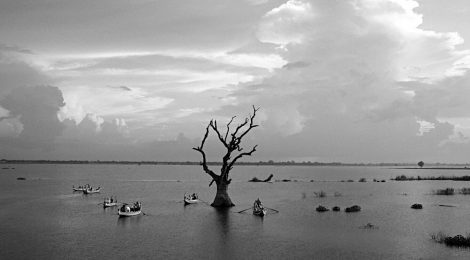 This infamous image was captured in 1989 by Jeff Widener during the Tiananmen Square Massacre. A horrific historical tragedy that left an uncountable number of people dead or injured during a protest against political change; where one anonymous soul stood alone in the line-of-fire. Before the military collected the man, the crowd and photographer were convinced this unknown hero would be shot-down or trampled; instead, the tanks held their firing. The traumatic atmosphere did not impede Widener from taking this notorious image; who was sneakily photographing this event, unaware he would manage to immortalize this iconic moment. Although many lives were claimed during the travesty, this image provides its viewers with the hope that one man can make a difference.