Do you want weekly updates about our content? Subscribe here:
Browse: Home   /   2019   /   July   /   The Displacement of Native Culture and Identity 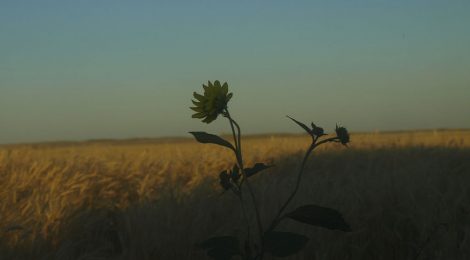 The Displacement of Native Culture and Identity

“In today’s modern Society, cultural significance is dying out…As we go along, more and more Native culture is forgotten. What happened in history has made the situation what it is today.”

For many Canadian Aboriginals raised with highly traditional Aboriginal principles, the transition to mainstream Canadian culture can be a long, stressful, and isolating one. ‘Aboriginal’ or ‘Indigenous’ are broadly accepted terms that refers generally to individuals who inhabited land from times before the arrival of colonists. However, Aboriginal people exist all over the world, so ‘First Nations’ is a term referring to Aboriginal people in North America specifically. Today, many Natives are now faced with Canada’s accepted customs that restrict an individual’s ability to hold on to their cultural values. Out-dated policies and a chronic failure to recognize past enormities continue to erase Canadian Aboriginal culture. Cait is a proud Lakota Native who was raised with strong Lakota cultural values, such as the emphasis on equilibrium, and a sense of harmony between people and all other living things. Cait still carries many of these lessons with her today, living in Toronto, Canada. When Cait was a child, she lived on the Six Nations of the Grand River Reserve and attended an on-reserve school with Aboriginal-based learning in grade 3. Cait left the school due to the school’s insufficient resources such as the lack of running water, that has only been recently changed for federally-operated schools located on Native reserves. For First Nations descendants like Cait, moving to a ‘White’ school meant an opportunity to pursue her interests in biology, and to become integrated into mainstream culture.

Even before she could pursue her academic interests, Cait was surprised to learn that by moving to Toronto, a land foreign to the Lakota, she may jeopardize her Native Aboriginal Status. For individuals requesting Native Status, a process unnecessary when remaining on the reserve, the First Nations Registry system can take up to two years to process, separating individuals from their culture and creating a pressure to prove bloodline. Native Status is significant to First Nations individuals especially those who are more integrated with mainstream Canada because it is recognition of certain obligations the government has to the rights of First Nations. This is one of many barriers Cait faced when initially moving. Cait states:

“How do you locate yourself if you’re not on the registry? You’re invisible it seems.”

In addition, at the time Cait was registering for status as a Native, a distinction between descendants of male and female lines was drawn, which would not permit her children to be eligible for Native status. This distinction was unjustified, as many Aboriginal cultures such as the Lakota, do not have existing gender roles. Legislative changes have only been introduced since October 2016 under Bill S-3.

“For the Lakota at least, male and female roles didn’t exist. It was more; what are you good at?… Some of our strongest warriors were females.”

The initial “Indian Act” is based on American and Canadian ethnographers’ own distinctions between Natives, which has now advanced into a division between American tribes and Canadian bands which did not originally exist. The false distinctions built into the Indian Acts reflect a colonized ideology, continuing to quantify an individual’s Native associations which in turn, can exclude many individuals who identify as Aboriginals. As a result, many people may be denied or lose Native status, and the rights and entitlements attached to it. More importantly, these policies foster further division within Aboriginal culture, detaching people from their family’s heritage who do not have federal recognition as Native. However, on her blog “Non-Status Indians”, Pam Palmater states:

“The rights and interests of Non-Status Indians are the same as their status Indian brothers. They have the same ancestors, history, cultures and traditions. Instead of seeing ourselves as citizens of our Nations, we are labelled, divided and sorted by our gender, age, marital status, family status, race, birth/descent and blood quantum as if we were dogs trying to prove our pedigrees.”

Even though Lakota and other First Nations culture is ingrained in the history of Canada, without legal acknowledgement, Non-Indian status complicates citizenship and an individual’s sense of identity. Mainstream society’s relative ignorance about Aboriginal culture only perpetuates a First Nations person’s sense of displacement. When compared to traditional Aboriginal communities, the bustling city of Toronto can come as a culture shock. Cait explains:

“When you spend your formative years basically being [taught] that everyone is one, that everyone is a different aspect of the same energy… and then you come into this mainstream society where everyone is out for themselves, and has the attitude of ‘screw you, move over,’ it takes some getting used to.” Millions of people from all over the world call Canada home, but few know of Aboriginal peoples’ long history and deep connection with the land. Despite Canada’s proclaimed commitment to multiculturalism, the country still implements many outdated policies when it comes to its own Aboriginal population, ultimately aiding in the displacement and disempowerment of First Nations individuals. This is an issue that has persisted since the beginning of European settlement in Canada.

Change begins with the way we think. In order to truly see any resolution to the diminishing cultural significance of First Nations, it is essential to begin spreading awareness of their plight.