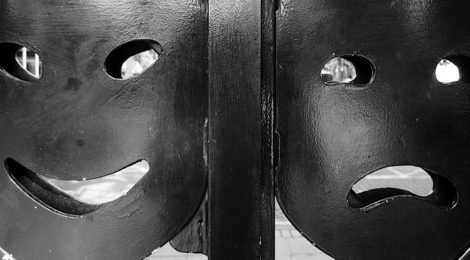 The song ‘Gasoline’ by Halsey from her debut album Badlands describes what it is like to live with bipolar disorder, a condition the singer herself suffers from. Much like the illness, which is characterized by alternating phases of depression and mania/hypomania, the lyrics portray instances of sadness, alienation and impulsivity. In the song, the singer describes herself as “insane”, “deranged”, “strange” and a “hurricane”, claiming there is a “flaw in her code”, which alludes to the biological/genetic component of the disorder. She illustrates her experience with mania in detail, saying how she has indulged in expensive shopping sprees, engaged in self-destructive behaviour, lived in denial by blaming those around her, and hallucinates voices in her head. She doesn’t need drugs to feel “high”, her brain does that for her. Suffering from mental illness as a celebrity comes with its own challenges, with one’s every move meticulously recorded by the media and put on display for the world to see. In the chorus of the song, Halsey admits that people whisper about her on trains, accusing her of wasting her “pretty face” by engaging in problematic behaviour. They dehumanize her by calling her a “machine”, capitalizing on her low self-esteem. ‘Gasoline’ is raw in its portrayal of a chemically imbalanced mind, and the frequent musical switches between low and high keys play a symbolic role in conveying its message.

← The Art in Madness
In Between →