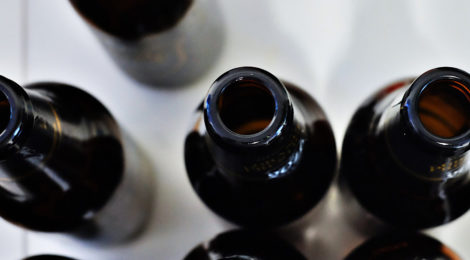 Say It Ain’t So

The song “Say it Ain’t So”, is written by Rivers Cuomo and performed by Weezer. From the album titled “The Blue Album”, the song is inspired by powerful memories from Cuomo’s childhood of his alcoholic father leaving him and his mother when he was just four years old. Alcohol caused terrible damage to his family and to his childhood, and that pain and fear is crystal clear in his music. As reported by Ultimate-Guitar, Cuomo said this after writing the song:

“I didn’t drink ’till I was 21, not even a sip. I was petrified of alcohol. ‘Say It Ain’t So’ was about when I was 16. I opened up the refrigerator, and I saw a can of beer. All of a sudden I made the connection that my step-father was leaving… because my father started drinking when he left my mother.”

The song’s guitar solos are almost as important as the lyrics themselves, swelling with difficult emotions. “Say it Ain’t So” was ranked #72 on the Rolling Stone’s list of Greatest Guitar Songs of All Time.

“This bottle of Steven’s awakens ancient feelings. Like father, step-father, the son is drowning in the flood.”

← When We All Fall Asleep
To The Bone →