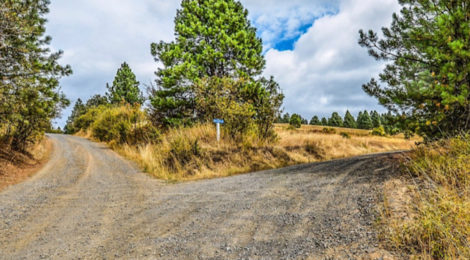 The Road Not Taken

“The Road Not Taken” is a classic poem written by Robert Frost and published in 1916 in his collection Mountain Interval. It is often misinterpreted as a celebration of one’s individuality when faced with life’s many choices and taking “the road less traveled by.”

However, Frost stated that the poem was very tricky and prone to be misunderstood due to the ambiguity he created. The original narrative was about his very close friend Edward Thomas with whom he used to go for long random walks in the woods where they frequently had to choose one path over the other when they faced a fork in the road. Robert observed that Thomas was often indecisive and obsessed over not choosing a different route if the walk did not include interesting sightings, regarding it as a failure. Frost later quoted him as “a person who, whichever road he went, would be sorry he didn’t go the other”

The fork in the road is the metaphor for life’s difficult decisions and crisis points, communicating the message that there is no sure way to recognize which road is truly the less traveled one from the present viewpoint. It can provide insight into the psychological elements underlying indecision and regret further fueled by the individual’s fear of loss coming from making the supposedly wrong choice. We need to remember the ever-changing nature of reference points as we go through life, and the fact that each decision comes with a sacrificial element no matter which way we choose. What can ultimately guarantee our ultimate success in life is our everlasting commitment to the journey we travel.

“Two roads diverged in a yellow wood,
And sorry I could not travel both
And be one traveler, long I stood
And looked down one as far as I could
To where it bent in the undergrowth;

Then took the other, as just as fair,
And having perhaps the better claim,
Because it was grassy and wanted wear;
Though as for that the passing there
Had worn them really about the same,

And both that morning equally lay
In leaves no step had trodden black.
Oh, I kept the first for another day!
Yet knowing how way leads on to way,
I doubted if I should ever come back.

I shall be telling this with a sigh
Somewhere ages and ages hence:
Two roads diverged in a wood, and I—
I took the one less traveled by,
And that has made all the difference.”

← Polyamory: Sharing the Love Brings the Risk of Stigma
Visualization of Bipolar Disorder →