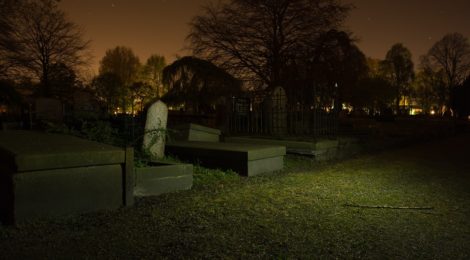 Fading Away and the Cult of the Beautiful Death

The famous Victorian photographer Henry Peach Robinson (1830-1901) best known for pioneering combination printing in joining multiple negatives to form a single image, captured the morbid Victorian obsession with the cult of the beautiful death in the famous “Fading Away” photograph.  “Fading Away” was made from a composite of 6 negatives (1858) was hugely popular and at the same time morbid in capturing the important moment of a young lady’s life: her slow passing away.  Victorian society was obsessed with capturing death images and obsessed with obtaining a peaceful beautiful death with heavy influences from Christian beliefs.  “Fading Away” captures the ideal fading into innocence, capturing a young girl moment of death while still beautiful, innocent and likely virginal.  It represented the infantile human psychological yearning for perfection and the return of moral perfection at the point of death as it is at the first moment of life.  It represented an effort of people to stave away the fear of death (thanatophobia) and individual efforts to develop mortality salience and the idealization of a peaceful death to psychologically cope with that fear.  “Fading away” was so popular in Victorian society that it hit a chord to conjure up the fear of death and idealization of a peaceful beautiful death as a coping mechanism. ← Not Another Victim
Circle of Life and Depression →